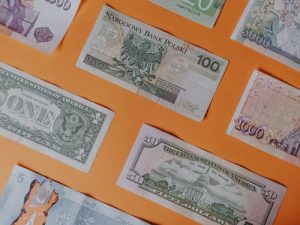 When looking at the curriculum of a specific country, what are the specific changes in policy guidelines you think are necessary to promote 21st century skills?

Why might a student choose to study abroad?  Often, it is to expand their knowledge of the world or to gain insight into another culture.  Sometimes, however, students simply do not have access in their home country to what they would like to study.  In Albania, one of the few Muslim-majority countries in Europe (Vickers, 2008; Raxhimi, 2010), this last reason has proven true for students who would like to pursue a higher education in Islamic studies.

Traditionally, Albanian Muslims have belonged to one of two sects. 2% of Albanians identify as Bektashi, a Sufi sect, and 57% identify as Hanafi, a Sunni sect that is popular in the Balkans (Vickers, 2008; Raxhimi, 2010).  In 1967, Communist dictator Enver Hoxha banned all forms of religious worship and declared Albania as an atheist state (Raxhimi, 2010).  After Hoxha’s death, religion began to return to Albania in the early 1990s.  The resurgence of religion domestically attracted foreign influences to the country.

After the fall of Communism, investors began to capitalize on development opportunities in Albania in the late 1990’s.  Now open religiously and economically, Arab investors took the chance to expand.  These investors introduced the Salafi movement to Albania, a more conservative Sunni sect than the Hanafi (Raxhimi, 2010).

Young Albanians who identify as Salafi do not have the same access to education as their Bektashi and Hanafi counterparts.  Most of the Islamic education in the country originates in Turkish Islam.  The majority of the seven madrasas in Albania are run by Sema, the manifestation of the Turkic Gülen Movement in Albania (Raxhimi, 2010).  According to their website, Bedër University College, the only Islamic higher education institution in Albania, was founded in 2011 by the Albanian Muslim Community.  The Albanian Muslim Community has tended to lean away from more conservative forms of Islam, such as Salafism, creating an asymmetry in Islamic higher education (Vickers, 2008).

Despite the opening of Bedër University College in 2011, there has been an increase of approximately 100 Albanian students studying abroad in Arab countries between 2012 and 2017 (UNESCO).  This counters the overall trend of less Albanians choosing to study abroad during the same period.  During the same five year span, 7,000 less Albanians studied higher education abroad in total (UNESCO).  What reason could account for these conflicting patterns?  Perhaps more students are simply becoming interested in Middle Eastern culture, but it could be that they are not able to find a suitable program in Albania.

Based on this brief analysis of Islamic higher education in Albania, I believe that an important first step in advancing Albanian education is improving access to Islamic higher education across the board.  From a complete outsider’s point of view, it seems that there is uneven access to Islamic education between Albania’s three main sects.  Naturally, the Salafi of Albania could study at Bektashi and Hanafi-oriented institutions, but the pedagogy and content of those programs would be different.  Since the Albanian Constitution allows for religious freedom, all religions and sects should be able to pursue an education for their affiliation.

The issue is not rooted so much in educational policy as in a lack of investment.  Religious education cannot be publicly funded and must rely on private funding (European Commission, 2017; U.S. Bureau of Democracy, Human Rights, and Labor, 2018). After George W. Bush began his War on Terror, many Arab organizations in Albania were disbanded or left of their own accord (Vickers, 2008; Jazexhi, 2017).  Without Arab investors to help fund Islamic education, Turkish organizations stepped in (TİKA, 2019).  Now that Arab countries are slowly beginning to invest in Albania again, there needs to be a push to make Islamic higher education more accessible for all sects.

The diversity of Islamic higher education in Albania has also been affected by stigma against conservative forms of Islam.  Both the Bektashi and Hanafi are traditionally moderate groups and sometimes reject the more conservative tenets of Islam (Raxhimi, 2010).  There have been several incidences of students being asked to remove their hijab or to shave (Vickers, 2008).  Additionally, the Albanian government is preoccupied with pleasing Western investors as opposed to creating global development opportunities (Vickers, 2008).  To some extent, the government is anxious that embracing Arab-influenced Islam and Arab investors will turn Western investors off.  Albania is also favoring Western powers because it was named as a candidate to join the European Union in 2014, and it does not want to hurt its chance at accession (European Commission, 2019).

In summary, I do not think that limited access to Islamic higher education in Albania is the result of poorly constructed education policy, but rather a more generalized policy of prioritizing Western powers to maintain a certain status-quo.  The opening of Bedër University College was a big first step in increasing access, but it is impossible to know if they offer a truly universal Islamic education without having ever studied there.  Instead of proposing a change to the educational system, I suggest a more globalist approach to foreign investment.  If Arab organizations are willing to invest in Albania’s development, surely more than just the Salafi will benefit, as was the case in the late ‘90s (Vickers, 2008).  Arab investors have the potential to give capital to more than just education, but they are also key to establishing a strong Islamic education in Albania.

Alex Bakalich is a graduate student at Loyola University of Chicago pursuing a MEd in Cultural & Educational Policy Studies.  She is a recent grad from Loyola, having studied Psychology and Modern Languages there as an undergraduate.