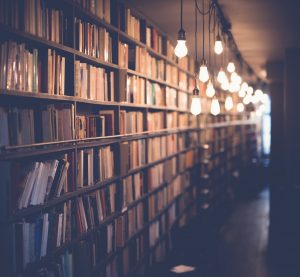 If you were to propose plans for policy changes to advance education in Muslim societies and developing countries which area/s would you address first and why?

The concept of “education in Islam” is often confused with “Islamic education”. However, both concepts have different genealogies and lend to diverging connotations, and hence, must be understood separately. The latter has its origin in the reactionary politics in postcolonial Muslim societies, while the former is inspired by the philosophy of Islam itself. This distinction between “thinking about Islam educationally and education Islamically” (Sahin, 2018) is crucial to maintain in order to understand the Quranic injunctions about education and its emphasis on gaining knowledge as the duty of every Muslims man and woman. Thus, the purpose of this piece is to rethink the prevailing concept of “Islamic education” in Muslim societies, in order to bring it in line with the original philosophy of “education in Islam”.

The history of Muslim societies is intertwined with western colonialism and its forms of institutions and governance. The colonial contact between the western imperial powers and the colonized societies gave birth to a form of knowledge which is referred to as orientalism (Said, 1995). The western colonialism not only led to the hegemony of western knowledges, but at the same time, it was implicated in what is called as “epistemicide” (Santos, 2015) of local knowledges and ways of understanding the world. The colonial contact produced a vast corpus of knowledge through a Eurocentric worldview (Battiste, 2005; Mignolo, 2002; Said, 1995). This body of knowledge was characterized by the depiction of non-western societies as unchanging, exotic and barbaric (Said, 1995; Sax, 1998; Singh, 2003). The local traditions of knowledges were seen as superstitious and lacking the scientific rigor of western sciences and the “moral depravity” of the natives was considered to be a proof of inferior religious traditions of the natives.

In retaliation to the western onslaught, many Muslim societies adopted an intellectual approach which is described as “orientalism in reverse” (Azm, 1981). This “reverse orientalism” facilitated the process of what is called as “Islamization” of western knowledges. This approach did not foster the creation of new knowledge based on Islam, but on the contrary, it encouraged Muslim’s efforts to “Islamize” the western sciences and philosophy (Sahin, 2018). This trend was more salient in political philosophy where the debates over western concepts of sovereignty, democracy and nationalism were given Islamic character, as embodied in “Political Islamism.” It is this context which gave rise to what is called as “education Islamically” (Sahin, 2018), rather than philosophy of education in Islam.

Thus, it is the postcolonial vulnerabilities of Muslim societies which has shaped the educational system across the Muslim world. The knowledge, hence produced in these societies, was informed by a strong reactionary sentiment to the western world. The Islamic scholarship of education was locked in an oppositional logic to what they perceived as secular western knowledge of education. This remained a dominant paradigm in Muslims societies, within which the topic of “Islam and education” was articulated and conceptualized. The major drawback of this approach is that the actual concept of education in Islam hardly got any serious attention by Muslim scholars, which we will turn towards now.

The Islamic concept of education is embodiment of three important principles (Al-Atas, 1980; Halstead, 2004; Yasin & Jani, 2013) i.e. “Tarbiya”, “Tadib” and “Talim”. Regarding the first concept, the Arabic root of the term Tarbiya is “raba”, which means to grow or increase. The concept refers to the advancement of individual’s abilities and to guide a child during the process of his/her maturity and completeness (Halstead, 2004). The Tarbiya is an inclusive and holistic concept, which includes the psychological, cognitive, spiritual and emotional flourishing and maturity of human beings (Sahin, 2018). It is important to note here that the concept transcends the binary division of religious and secular and cannot be ascribed only to the moral/religious upbringing of a child either, but include all human faculties.

“Tadib” on other hand, means to be cultured, refined and disciplined (Al-Atas, 1980; Halstead, 2004). It refers to the cultivation of decent social relationships and development of a sound moral character. Tadib emphasizes on living a just and meaningful life in a social context (Al-Atas, 1980). The word “Talim” comes from the root word of “Ilm”, which can be equated to the western notion of “knowledge”. “Ilm” points to the understanding of deeper reality, which is developed through “inner engagement, inspired intimacy, attachment and embodied awareness” (Sahin, 2018).

During the Islamic golden age between 8th and 13th century BC, madrassahs were the epitome of Islamic model of education (Chaudhry, 1988). These institutionalized places of learning were not only transmitting religious education, but were also engaged in philosophy, medicine, mathematics and other forms of natural science, which are referred as “Aqliyat”. These institutions of learning provided a critical link between what is referred to as European dark ages and the renaissance (Tamari, 2009). Islamic madrassahs were the practical manifestations and embodiment of Islamic concept of education, which unfortunately was radically transformed through ages.

It is this inclusive and comprehensive form of education, which Islamic world needs to focus on. At its core, the Islamic concept of education is inspired by a lifelong pursuit of knowledge – a knowledge which is not narrowly defined but includes as aspects of life. Furthermore, the Islamic educational theory also transcends the categorization of knowledge into the binaries of worldly or hereafter, secular or religious, political or moral and so on. We should also keep in mind that gaining knowledge in Islam is enshrined not as a “right” but as a “duty” of every Muslim man and woman. But unfortunately, these ideals of Islam have been radically transformed and replaced by reactionary concepts, which has its roots in political Islamism.

Chaudhry, A. Q. (1988). Philosophy and science in the Islamic world. Routledge.

Mignolo, W. (2002). The geopolitics of knowledge and the colonial difference. The South Atlantic Quarterly, 57-96.

Santos, B. d. (2015). Epistemologies of the South: Justice against epistemicide. Routledge.

Tamari, S. (2009). Between the “golden age” and the Renaissance: Islamic higher education in eighteenth-century Damascus. In O. Abi-Mershid, Trajactories of Education in Arab World (pp. 52-74). Routledge.