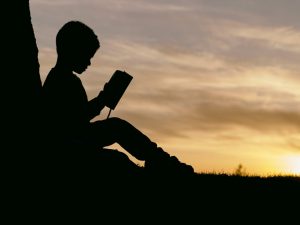 If you were to propose plans for policy changes to advance education in Muslim societies and developing countries which area/s would you address first and why?

Being mindful of the sheer diversity among Muslims on the basis of nationalities, sects, political ideologies, geography and so on, talking about educational policy reform becomes extremely difficult if not impossible. Yet, there are certain issues which have plagued the educational systems in most of the Muslim world. What I propose here as policy reform, is largely referenced to the problems emanating from historical experiences of colonialism, and neocolonialism of the contemporary world. In this context, I argue that there is a mismatch between (i) what education systems were historically designed to achieve and (ii) what the contemporary needs of Muslim societies in the twenty-first century are. Thus, as a reform agenda, I suggest that the Muslim societies need to rethink the relationship between education and society, and align the “educational means” to their “societal ends”.

The problem with the education system in the majority of the Muslim world can be thought of as a mismatch between three crucial elements – what schools are historically designed to achieve, what states expect them to achieve, and what actually are the needs of state and society that education system should be achieving.

Let us take the first element of our conceptual design – the historical institution of the education system. The education system as we know it in its present form – mandatory and publically funded – has originated in Europe and spread to the rest of the world mostly through colonial connection. In colonies, the primary function education systems performed varied from creating citizens in the image of colonizers (French model) to educating natives in order to enable them to perform lower level administrative jobs and be loyal imperial subjects (British). In both cases, education was not directed towards creating critically thinking citizens, but it was mostly connected with the provision of lower tier administrators in different government departments.  This trend is still dominant in many postcolonial Muslim societies. Thus, it is this role of education in Muslim societies which needs to be changed and directed towards the current requirements and needs of Muslim societies.

Regarding the second element – what Muslim states/governments want from education – also needs to be problematized, particularly in the context of current global trends in education. The infiltration of economic rationalities in the field of education in the wake of neoliberal reform agenda, the scope of education has been greatly narrowed down. With the rise of human capital theories, education became synonymous with training and imparting skills, which will be helpful in getting future employment. Thus, the conflation of education with employability, changed the entire purpose of education, which was once described by Dewey in following words: “education is not preparation for life, education is life itself”.

This reform agenda is pushed through global institutions and organizations like the World Bank and OECD. Under the neocolonial influences, many national governments across the Muslim world, have adopted similar approaches toward education systems. These policies turned focus towards the subjects of math and science, while ignoring a whole range of subjects in the field of social sciences and humanities. This contributes to aggravating our originally formulated problem of the mismatch between what society needs and what education does.

Finally, we turn towards the last issue – what our societies really need. I think, there is no simple answer to this question. The Muslim world is extremely diverse and assuming it to be homogenous in order to enable us to propose simple solutions is itself problematic. Thus, we can talk of common problems of the Muslim world but we cannot suggest common solutions to these common problems. Our approach is that the solutions should be locally bound and contextually informed. The solutions to these problems should not come from above in a technocratic manner but come from below – from the very people who will be effected by the policy reforms. Thus, the goal is not to provide concrete “societal ends” towards which education should be aligned, but rather enabling diverse Muslim societies to frame their own problems. The key here is to enable the local communities to think for themselves.

It is in this context that we can think of certain steps that can play an “enabling” role. Social sciences can play an important role in aligning the education system with societal needs. Thus, establishing strong tradition of social sciences in the seats of higher learning across the Muslim world is crucial. The neglect of social sciences has severely handicapped the Muslim societies to know and understand their own society and its problems. Furthermore, social sciences can also help in the delinking education from a narrow concept of producing workers for the market and developing entrepreneurial skills, to broader concepts. It may include the agenda of citizenship education, environmental education, social cohesion and human rights. Thus, social science, as an enabling factor, can play a crucial role in facilitating the educational reform of aligning the needs of the society and the purposes of education.

[1] The writer teaches Political Science at University of Balochistan, Pakistan. Currently, he is pursuing Ph.D. on Fulbright grant in the US. He is enrolled in Cultural and Education Policy Studies at Loyola University Chicago. His research interests are education and social inequalities, educational privatization, and textbooks analysis.