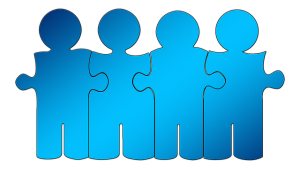 Very few will argue against universal values and their importance to our education systems. Value-based education probably sounds like a good idea to most people, however, the question of how difficult and beneficial this approach is in real life remains a question.  It is suggested in the literature that teaching values through programs such as “character education” results in “higher academic performance, improved attendance, reduced violence, fewer disciplinary issues, reduction in substance abuse, and less vandalism,” (Lahey, 2013, para. 4). However, finding the most appropriate and culturally situated policy approaches to implementation is challenging, not just in Muslim societies, but in non-Muslim societies as well.

The term values education is also often used along other similar others such as “character education”, “positive psychology”, “social-emotional learning (SEL)”, and “moral education” (Berkowitz, 2011, p. 153). Regardless of the terminology used, more and more educators and policy makers across the United States and globally such as United Nations agencies and the World Bank (Nasser, Miller-Idriss & Alwani, 2019) argue for including social and emotional education  to be taught in schools (McShane, 2019). Character education used to be an integral part of schools in America, and in fact, was something the Founding Fathers wrote about favorably, though some have fears that it will add too much religion in the classroom (Lahey, 2013). In a country where separation between religion and state is mandated by the law, character education came as a compromise between the secular state and the active religious segments of the populace (Watz, 2011).

While there is  “new enthusiasm for SEL”, caution should be exercised when attempting to implement change on a mass-scale  (Hess, 2019). Enthusiasm isn’t enough to yield effective results, as policy makers and educators learned from the failures of The Common Core (McShane, 2019). The Common Core Standards “is an initiative to develop common core standards in English language arts and mathematics for grades K-12” in the United States (NAEYC.org, 2019, para. 1).  Critics of this initiative view it as problematic for many reasons including homogenization of learning which does not fit individual needs of students, being deficient in addressing the needs of special education students, overly emphasizing teaching to standardized exams, pressuring teachers to use pencil and paper methods for younger students who would benefit more from “exploratory experiential learning approaches”, and putting students in low socio-economic areas at a further disadvantage (Armstrong, 2018, para. 2-10).

In addition, it is a top-down approach to education reform and very few experienced teachers from the field were consulted during the creation of this approach (Armstrong, 2018). Furthermore, there was confusion surrounding what Common Core actually meant, and parents, teachers, and local citizens were not thoroughly involved in the effort (McShane, 2019). In order to avoid these past pitfalls, McShane (2019) argues that it is important for advocates to clearly define SEL and convey this definition to stakeholders while making them see the value in supporting it. Unlike in Common Core, where nearly every state in the US adopted it without making their citizens aware , advocates of SEL should learn from this flawed “stealth strategy” and take the time to “educate people about why SEL is important and how it will make their children better, happier, and more successful people” so that these very same people then become allies in advocacy (McShane, 2019, p. 4).

Furthermore, advocates of value based approaches to education need to collaborate with education agencies at the state and local level to be able to deliver or increase the capacity to execute SEL instruction in a way that is actually feasible. This requires taking inventory of the current curriculum and schedule to see if anything would need to be removed to make space for SEL instruction, and what trade-offs there would be if any. Teacher preparation is also an essential component to consider before any mass roll-out takes place (McShane, 2019).

Policy makers need to make recommendations to support educators and provide them with the skills pertaining to SEL pedagogy especially building the capacity by offering professional development to equip teachers with tools to implement socio emotional education policies decided upon. In addition to this, infusing SEL in the curriculum and preparing resources (i.e. instructional materials including textbooks), and aligning those with SEL standards, and identifying researchers interested in this area is also important. Furthermore, understanding current policy context at the state, district, and school levels is vitally important to determine whether SEL will ameliorate or undermine current efforts, and examine how it fits in with current priorities and to what extent these need to shift, if they can shift (McShane, 2019).

IIIT’s Advancing Education in Muslim Societies (AEMS) initiative, takes the value- based approach to education as the core of the theoretical and empirical research agenda. Thankfully, AEMS takes the above considerations into account through the  focus on pedagogy, curriculum, leadership and governance, and policy, while inviting alternative views and perspectives from its own networks and external organizations and individuals that are based on evidence  and empirical data. The institute recognizes that “when analyzing education policy or suggesting reforms, it is essential to understand local contexts and geopolitical realities that directly impact the likelihood of successful reform implementation” (IIIT.org, 2019). When it comes to defining value-based education in Muslim societies and communities, the values selected in the “Mapping the Terrain” study align with universal Islamic values taken from the Quran and Sunnah. For those who are unfamiliar, “Mapping the Terrain” is the main annual study IIIT conducts to learn more about the status of certain values among high school and university students as well as their teachers and instructors. In the 2019-2020 study, these include gratitude, empathy, and forgiveness.

This data will be beneficial for teachers, policy makers, researchers, and other stakeholders in the field. With that being said, when policy makers look at the data, it will be important before making any changes in current policy to follow the guidelines above and learn from past policy-implementation errors in other contexts, to avoid the same pitfalls in their own. Of course, this may be especially difficult in certain Muslim societies that do not currently have the institutional level of development needed to effectively hear from all stakeholders, which is why it is important for policy advisors, practitioners, aid specialists, and academics in the field to pay attention to the unique context of each Muslim society to determine how feasible any change would be, if it were to be proposed, before any resources are devoted to it.

A Training Guide for Islamic Workers by Hisham Altalib- Tamil