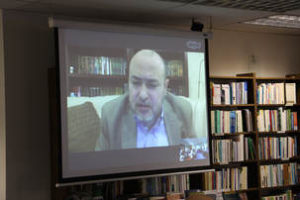 The International Institute of Islamic Thought (IIIT) held its 10th annual Summer Institute for Scholars, July 26-29, 2017. The Summer Institute is an annual meeting dedicated to the study of contemporary approaches in Islamic thought, that brings together senior and emerging scholars in order to present papers and participate in panels and in-depth discussions focused on themes pertinent to the Institute’s mission.

This year’s theme, “Theologies and Ethics of Justice: New Directions in 21st Century Islamic Thought,” sought to examine the theological and ethical conceptions of justice along with liberal philosophies grounded in identity terms and their impact on questions of justice. In doing so, participants explored questions of personal responsibility, structural causes of oppression, hierarchy as well as equality in Islamic thought, and racial/gender justice in an Islamic normativity framework. The format of the Summer Institute provided ample time for discussion, enabling many conversations and much debate, which were often carried forward outside the structured panels.