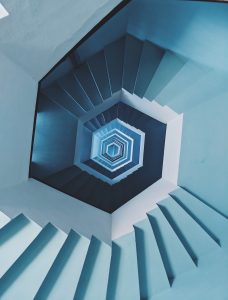 One of the main studies carried on by IIIT’s AEMS, the annual “Mapping the Terrain” of education, focuses on surveying large samples of youth, educators, and other stake holders in selected countries to learn more about their views and ideas on values such as empathy, gratitude, and forgiveness. These values are universal and grounded in Islamic traditions and teaching. We chose the human development approach to guide the “Mapping the Terrain” of AEMS and other empirical studies, because it provides the most flexible framework and focuses on the “richness of human lives rather than on the richness of economies” (Jahan, 2016, p. 2). In the case of AEMS, it also presents a value-based approach to education as a positive influence on personal growth in various domains of development, such as the cognitive and socio-emotional.  Individual growth doesn’t happen in a vacuum, but it goes through a process that heavily relies on human capacity to move backward and forward at various stages and is influenced by life conditions and circumstances. Adopting the human development approach suggests the possibility to reverse the “damage” done in fragile conditions (Shonkoff, 2000) and moves the conversation away from the deficit model to one that is strength and asset-based.

Unlike many classical human development theorists focusing on values and moral development (See Maslow, 1943 & 1954; Kegan, 1982; Gilligan, 1993; Kohlberg, 1984) that claim a linear progression from basic stages of existence to higher ones through maturation, the model chosen here proposes a spiral movement towards higher states. We selected Beck and Cowan’s (2006) Spiral Dynamics model of intrapersonal development as our framework to represent the human development trajectory, because of its dynamic nature and the ways it illustrates the changing developmental pathways involved in the various states of consciousness. In this model, individual growth is determined early in life by age and later by life circumstances. We use states and not stages because states represent temporary conditions while stages are developmentally gradual and permanent in nature. Stage theories begin in infancy and some claim universality while the Spiral Dynamic model is flexible and contextual in its emphasis on life conditions (Wilber, 2007).  Beck and Cowan (2006) attribute the Spiral Dynamic model itself to Grave’s work, based on over thirty years of observation on how people behave and think in different ways about virtually everything in life.  According to Beck and Cowan (2006): “Spirals are alive, magical, powerful, and multidimensional” (p. 26). Spirals reflect thought in a way that is open-ended, continuous, and dynamic.

The spiral nature of the model illustrates the complex processes and turns and twists that are part of individuals’ development and the evolution of their thoughts and reasoning processes. The spiral dynamic developmental model guides the analysis of AEMS empirical research results and will help adapt and revise the study and ways we interpret the findings so that we add meaning to our theoretical and conceptual framework. For example, the AEMS initiative is ultimately interested in discovering what kinds of pedagogical and policy interventions would support education systems to prioritize growth trajectories for young people and address factors particularly salient in Muslim societies. The goal is also to find ways to impact the trajectory from transmission to transformation in a positive way to ensure holistic, meaningful educational experiences and life outcomes for all young people in Muslim societies.  In that sense, we hope to empower people to be active participants in improving their lives and leaders to adopt policies that will improve the trajectory of Muslim youth and others in the multiple educational spaces.

For further information and publication on this topic go to The Journal of Education in Muslim Societies website https://scholarworks.iu.edu/iupjournals/index.php/jems.

Kegan, R. (1982). The evolving self: problem and process in human development. Cambridge,

Kohlberg, L. (1984). The psychology of moral development: the nature and validity of moral

A Training Guide for Islamic Workers by Hisham Altalib- Tamil