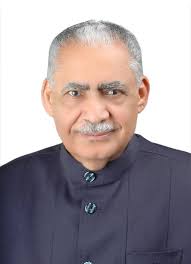 In the Name of Allah, Most Gracious, Most Merciful

“To the righteous soul will be said: ‘O (thou) soul, in (complete) rest and satisfaction! Come back thou to thy Lord – well-pleased (thyself), and well-pleasing unto Him! Enter thou, then, among My devotees! Yea, enter thou My Heaven!’” (Qur’an 89:27-30)

“Who say, when afflicted with calamity: ‘To Allah we belong, and to Him is our return’ – They are those on whom (descend) blessings from their Lord, and Mercy, and they are the ones that receive guidance.” (Qur’an 2:156-157)

With great sorrow, the International Institute of Islamic Thought (IIIT) announces the demise of one of its founders, Dr. AbdulHamid Ahmad AbuSulayman, who passed away on Wednesday, Aug. 18, 2021/Muharram 10, 1443, (Ashura’) in Riyadh.

Dr. AbuSulayman worked tirelessly for the Islamic cause throughout his life and will be remembered as one of the intellectual and activist leaders of the ummah. He held various positions throughout his career, including founding member of the Association of Muslim Social Scientists in the United States and Canada (AMSS-US & Canada) (1972); Secretary-General, World Assembly of Muslim Youth (WAMY), Riyadh, Saudi Arabia (1973-1982); Chairperson, Department of Political Science at King Saud University, Riyadh, Saudi Arabia (1982–1984), and Rector, International Islamic University (IIU), Malaysia (1989–1999).

Dr. AbuSulayman spent a great deal of time ruminating the condition of Muslims as well as how intellectual and spiritual revivals can take place in the Islamic world. His many books on reforming Muslim societies from a variety of angles are a testament to his commitment and service to the ummah including: The Islamic Theory of International Relations: New Directions for Islamic Methodology and Thought; Crisis in the Muslim Mind; Revitalizing Higher Education in the Muslim World; and The Qur’anic Worldview: A Springboard for Cultural Reform.

Dr AbuSulayman will be deeply missed by his family, friends, and IIIT colleagues. He is survived by his wife, children, and grandchildren.

May Allah, subhanahu wa ta’ala, forgive him fully and grant him Jannatul Firdaws. May Allah envelop him in His Mercy and shower His blessings upon him. We also pray that Allah grant his family, friends, and colleagues patience and strength in this time of grief and trial. Ameen.