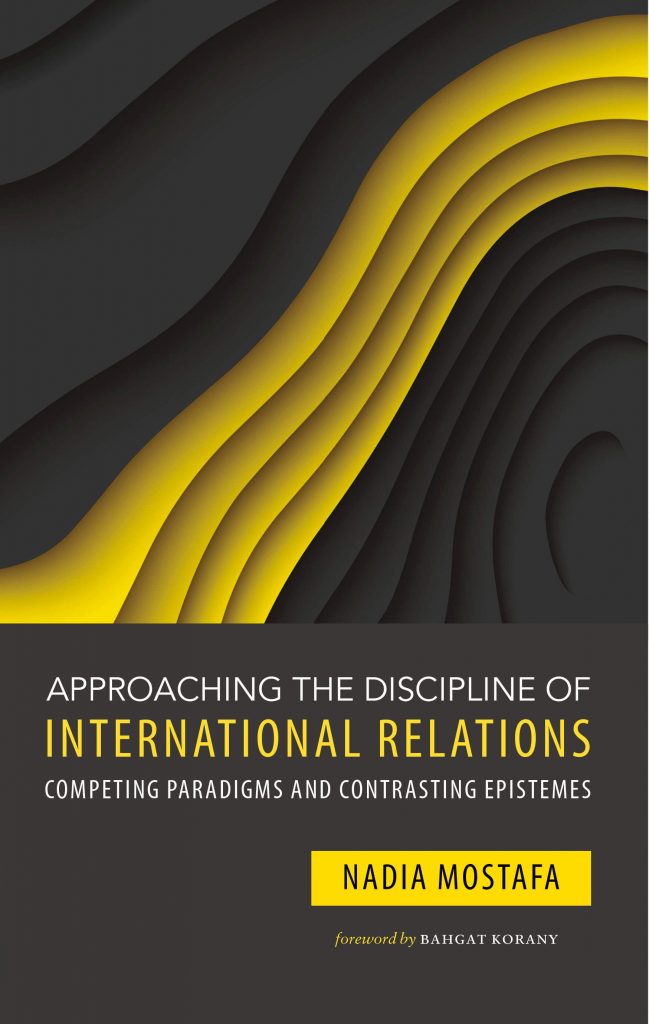 The work attempts to present an Islamic paradigm of International Relations, whilst studying and critiquing the knowledge-power nexus of current and historical discourse in International Relations. It explores the historical development of dominant paradigms intrinsic to the discipline of IR as studied from a Euro-centric, Western perspective, and questions their efficacy in relation to the socio-economic-religious realities and context of the Muslim world. Terminologies and concepts are developed as integral aspects of an Islamic Civilizational Paradigm of International Relations, with premises rooted in the foundational sources of the Qur'an and the Sunnah. In constructing an Islamic Civilizational Paradigm of International Relations, a product of four decades of teaching and research at Cairo University, the author simultaneously challenges the place that Islam broadly occupies within secular paradigms currently dominating International Relations theory. She further explores the type of research questions and analysis that need to be addressed for an Islamic Civilizational Paradigm to have a viable future. Nadia Mahmoud Mostafa is Emeritus Professor of International Relations at the Faculty of Economics and Political Science, Cairo University. Born in 1951 she received her PhD degree in political science from the Faculty of Economics and Political Science, Cairo University. Across a career spanning decades, she has authored 17 books, edited and co-edited more than 40, published around 55 papers in Arab and international journals, and presented about 111 papers at academic conferences and seminars. She has also held several academic and administrative positions including Chair of the political science department at the Faculty of Economics and Political Science, Cairo University (March 2010-August 2011). She has held membership of distinguished academic committees inside and outside Egypt, and been seconded to a number of Arab universities. Her research and publication interests are wide ranging and include international relations theory and the field’s theoretical debates, critical approaches to the study of international relations, contemporary global issues, regional relations and policies, and the religious, intellectual and cultural dimensions of contemporary international conflicts. She has been nominated for several awards including Cairo University’s Appreciation Award (2012), and the AMSS (UK) Lifetime Achievement Award (2012).