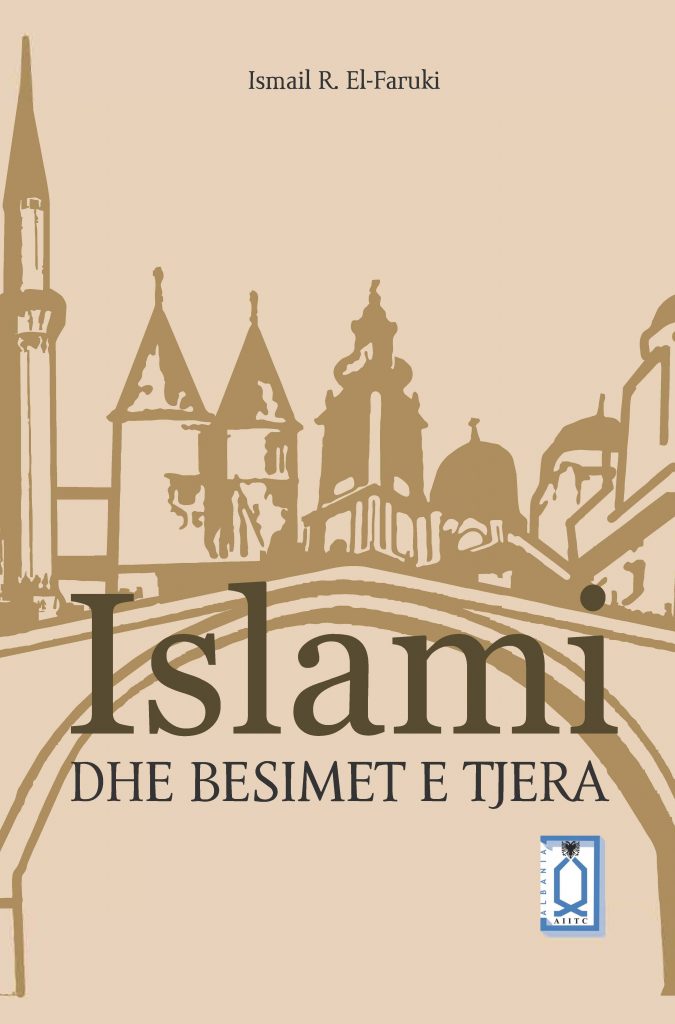 Albanian – Islam and Other Faiths

This volume is a collection of Ismail al-Faruqi’s articles written over a span of two decades. They deal directly with Islam and other faiths, (Christianity and Judaism in particular). The book provides a good cross-section of al-Faruqi’s contribution to the study of comparative religion and covers a wide spectrum of inter-religious issues including commonality and differences between Islam, Christianity and Judaism, Muslim-non-Muslim relations, and the issue of Mission and Da’wah. It is a fascinating study by an engaging and challenging scholar and activist of our time. Dr. Ismail al-Faruqi (1339-1406/1921-1986) is widely recognized as an authority on Islam and comparative religion. He was a Professor of Religion at Temple University, where he founded and chaired the Islamic Studies program. Having studied or taught in the Middle East and Africa, as well as in Canada and the United States, Professor al-Faruqi possessed the wide background of training and experience required for a thorough mastery of his field. His writings include numerous articles and books in both Arabic and English. Ataullah Siddiqui is a research fellow at the Islamic Foundation, Leicester (UK) and is the author of “Christian-Muslim Dialogue in the Twentieth Century” (London: Macmillan, 1997). (1998). Keywords: islam, other faiths, west, christianity, judaism, comparative religion, inter-religious, muslim-non-muslim relations