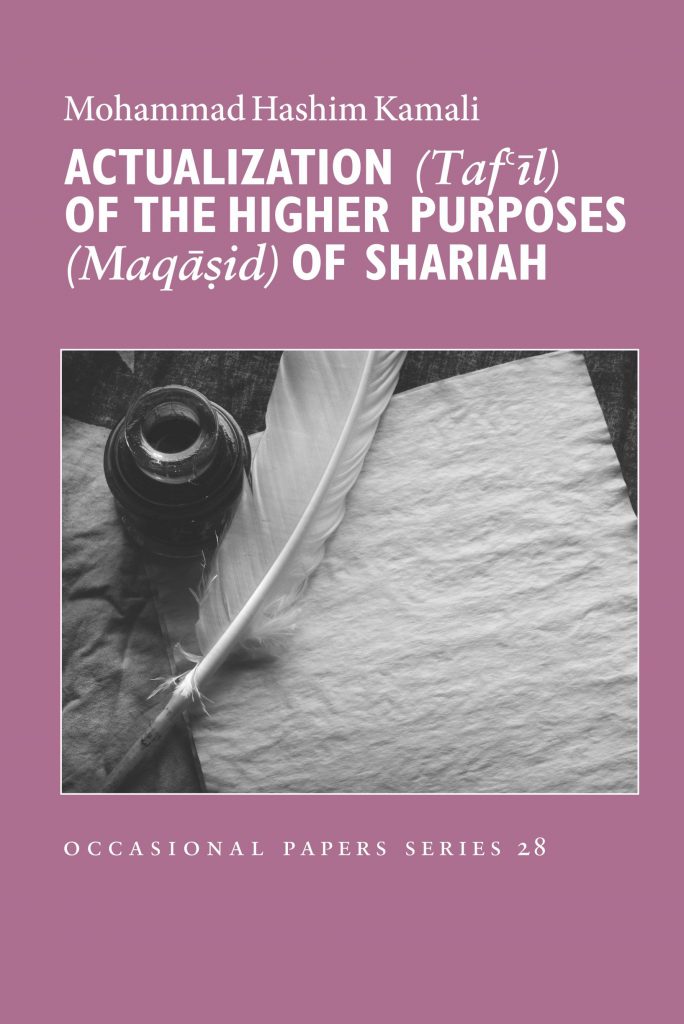 Actualization (Taf’il) of the Higher Purposes (Maqasid) of Shariah

The higher purposes, or maqasid, of Shariah are applied and actualized (taf`il) through their mans (wasa’il). This paper begins with the definition and meaning of maqasid and proceeds to ascertain three discernible tendencies regarding their scope: reductionist, expansionist, and the moderate approach of wasatiyyah/i’tidal. It addresses the question as to whether the maqasid may be recognized as a proof or source of Shariah in its own right. Can one, in other words, extract a ruling (hukm) of Shariah directly from the maqasid, or should one always follow the usul al-fiqh approach? Responding to these questions would help the reader to know more clearly what to expect of the maqasid. We often speak of the maqasid but when it comes to actual practice, we apply the fiqh rules. Can one just ignore the latter and refer directly to maqasid? The work explores the relationship of maqasid to the Qur’an and hadith, and to usul al-fiqh respectively. It also ascertains the roles respectively of the human intellect (‘aql) and innate human nature (fitrah) in the identification of maqasid. The author reviews the means and actualization of maqasid and elucidates this subject through several illustrations and a set of actionable recommendations. Professor Mohammad Hashim Kamali is Founding CEO of the International Institute of Advanced Islamic Studies, Malaysia and a world renowned scholar in his field of specialization. He was Professor of Islamic Law and Jurisprudence at the International Islamic University Malaysia (1985-2004), and Dean of the International Institute of Islamic Thought and Civilization (ISTAC) from 2004 to 2006.