Towards an Empirical Based Curriculum and Pedagogy- Implications for Islamic Education 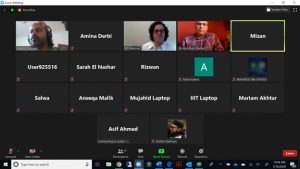 On July 16, 2020, Dr. Ilham Nasser presented on IIIT’s Advancing Education in Muslim Societies (AEMS) initiative at a webinar hosted by Islamic Circles in the United Kingdom titled “Towards an Empirical Based Curriculum and Pedagogy – Implications for Islamic Education”. The event was moderated by Dr. Abdullah Shahen, a Muslim educator who oversees the graduate program in Islamic Education at University of Warwick.

Dr. Nasser explained the importance of recognizing that “one size fits all” is not the best approach when working on education reform. She also gave an overview of the AEMS initiative and the Mapping the Terrain study, which is the empirical research project of AEMS collecting data from 14 different countries. Dr. Nasser explained that for the AEMS initiative, it’s vital to forge a connection between theory and practice and when talking about education, we look at it in “its broadest sense and not limit ourselves to formal institutions of education but look  at the larger human development process and improving that.”

Dr. Nasser explained that there is much focus in education work on advancing education for employment or citizenship education, but not as much on learning of “soft skills” such as empathy, forgiveness, and community mindedness, though those are very important for success and academic achievement. She highlighted that one of the key findings from the 2018-2019 annual study research was that empathy (both a value and competency) can promote others like forgiveness and community mindedness. In fact, “the magnitude of the prediction power of empathy on forgiveness and community mindedness, when outcome variables, was the largest,” and, “this means we can be more intentional about our curriculums,” with teaching empathy. Dr. Nasser explained that also teachers themselves need to be good role models, demonstrating as they teach, but that this can be difficult when they don’t have the right training, resources, conditions, or fair compensation.

There were many questions from the global audience during the Q & A portion of the event, as attendees from South Africa, Pakistan, Indonesia, Malaysia, the UK, the US, and others had much to discuss. Topics that come up during the discussion included the ethics of research, whether there are Islamic models for human development, the skepticism about empirical research, the politics of education, humor and love in pedagogy, others working on other research and approaches, and much more. 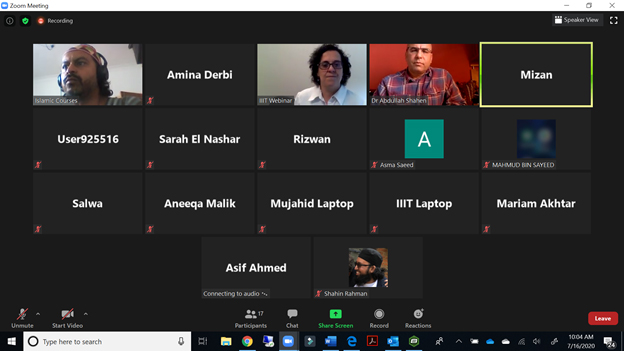