“Children can be philosophers too” 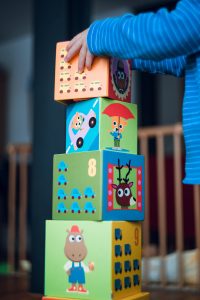 Socio-Emotional Learning in Postnormal Times: “Children can be philosophers too”

The third graders stood, somewhat awkwardly pincered between their desk and chairs. To be honest, I didn’t have much faith in what I would be teaching them. Dr. J’s intention was to foster that “child-like sense of wonder”.

Dr. J is the preferred name of Dr. Thomas Jackson of the University of Hawaii, the man who created P4C, or Philosophy for Children. The idea began when American pragmatic philosophy asked questions of at what age can a child take on such ethereal concepts as what the world of philosophy has to offer. Dr. J and his colleagues had a rather radical notion on their hands when they proposed that philosophy should be built in from the very beginning. This notion passed on to one of his students, Dr. Jinmei Yuan who became one of my mentors in University. She brought P4C from the paradise of Hawaii, to the Midwest in Omaha, Nebraska, where I stood before a class with a lesson plan informed by Plato, Descartes, and Wittgenstein. Now the idea is not to throw down The Republic or the Tractatus and go through them line by line with a circled-up group of ten-year olds. Rather the ideas are brought about through fun games and discussions. Puzzles and visual aids allow children to tackle concepts which, on their own, I wouldn’t even give to graduate students. One such thing I would do would be to draw, and rather poorly as the students like to add, a face. The face starts as a circle then with eyes, ears, a nose, a mouth, hair, a hat, or whatever, it becomes a face. So, then I gradually erase pieces of the drawing. Is it still a face?

They agree that a face is still a face even if it has one eye and no hair, but eventually all that is left is a circle.

‘That’s not a face!’, a student would proclaim.

So would begin a rather insightful discussion amongst the students that would lead to them basically rewriting the Meditations on First Philosophy. Even as it was happening, I couldn’t believe it. I was almost in tears when a student said ‘to be a human you need a brain to think and maybe to dream, but you don’t need a brother, because my friend John doesn’t have a brother, but I’m pretty sure he is still a human’.

From the mouths of babes never rang truer to my ears. Each class would begin with moving the desks to the sides of the class and we would all sit on the floor in a circle. Tear down the classic structures, quite literally, and then the pupil and teacher sit together, equals on a journey of intellectual development and wonder. Order was maintained not by a teacher, but a ball of yarn (A Community Ball) that we make on the first day of class, each class uses a unique combination of colours that they chose themselves, our investment and our creation. Like Golding’s Conchae, they who holds the community ball may speak and no one else! The day’s lesson can be proposed by a teacher or student, but is ultimately decided upon by democratic consensus amongst the other members of the class. No one is wrong, every point has a level of validity. This is the true spirit of education.

This to me is what social and emotional learning is all about. We need the next generation to be ready and the skills they need will not come via the consumption of textbooks or the passing of standardised tests. They need better interpersonal skills and a more community and democratic oriented way of going to school. We know this and we talk about it every day. P4C allows us a chance to go beyond the armchair and the water cooler. Already well established in Honolulu and Omaha, this revolutionary style of education stands to not only help us through our need for reform, but can return that hope that is quickly dismissed in “Postnormal Times”.

In our world of increased complexity, chaos, and contradictions, Postnormal Times (PNT) empowers us to navigate our own preferred future beyond the tribulations of the present. The systems and structures currently in place from modes of thinking to disciplines and even cultural perspectives prevent us from being able to amply deal with change (be that for the good or bad). PNT asks us to be more plural and open to new perspectives. As an enhancement of futures studies, PNT gives us a forward-looking angle that challenges what we know and what we don’t know (and what we know we don’t know as well as what we don’t know we don’t know!), and approach ignorance in a more proactive way. Creativity, communication, adaptation, and imagination are going to be the values that give us the reform we need. SEL is one method that will make great strides in allowing this reform to succeed. This will involve a lot of reflection, learning and unlearning, as well as inter and transdisciplinary approaches to education and a lot of breaking of old norms. Maybe, in the rubble of the structures of the old world, we can all, despite our age and position, reignite that childhood sense of wonder.

Scott Jordan is the Executive Assistant Director of The Centre for Postnormal Policy and Futures Studies in the United Kingdom. His research is focused on the postnormal dimensions of international policy, politics and governance, which he often explores through films. IIIT’s interview with him on the Third Space Thoughts to Policy podcast is available here.

The Power of Education – Albanian translation