IIIT Panel at AAR: “Citizenship and Minorities in Contemporary Islam” 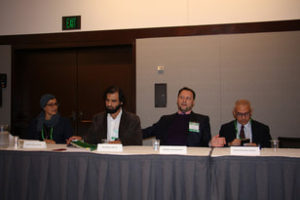 The International Institute of Islamic Thought (IIIT) organized a panel, titled “Citizenship and Minorities in Contemporary Islam” at the 2017 American Academy of Religion (AAR) Annual Meeting. The panel was held at the John B. Hynes Veterans Memorial Convention Center in Boston on Sunday, November 19, 2017.

The panel was presided by Dr. Ermin Sinanović, IIIT’s Director of Research and Academic Programs, and included the following panelists: Dr. Ovamir Anjum, the Imam Khattab Endowed Chair of Islamic Studies at the Department of Philosophy and Religious Studies at University of Toledo, Dr. Mohammad Fadel, Associate Professor and Toronto Research Chair for the Law and Economics of Islamic Law at the University of Toronto Faculty of Law, and Dr. Basma Abdelgafar, Vice President of Maqasid Institute and Associate Professor of Public Policy.

After a brief introduction and opening remarks by Dr. Ermin Sinanović, the distinguished panelists tried to answer two major questions: (1) Is there a jurisprudence of minorities (fiqh al-aqalliyyat) and, if yes, what does it mean? and (2) What are the perspectives on jurisprudence and ethics of citizenship in contemporary Islamic discourses? Each panelist covered a different aspect of the issue to provide well-rounded answers to these questions.

Dr. Ovamir Anjum elucidated the notion of citizenship in early Islamic, pre-modern period. He brought up the questions of why citizenship was always discussed in terms of rights, and why there was not enough attention to investment in a society and acts of citizenship. In this context, he mentioned the example of endowments (waqfs) and how they had allowed members of pre-modern Islamic societies to develop long-term relationships in their communities. Finally, he differentiated between Islamic theological order, in which Qur’an was identified as absolute truth, and legal order, which adhered to the principle of no coercion in matters of religion.

Dr. Mohammed Fadel discussed the term of citizenship in contemporary Islamic thought. He began his speech by stating that the term had a history in political theory and was closely related to the ideal of democracy, and argued that despotism contradicted the idea of citizenship. He suggested that because despotic regimes were lawless regimes, they were the conceptual equivalent of what classical Muslim jurists called dar al-harb (house of war). Dr. Fadel later classified possible forms of citizenship in the modern world into three categories: 1. Despotism, 2. Deliberative democracy, and 3. Pluralist model of democracy, with a particular emphasis on the American context. He concluded that “whatever theological institutional challenges the commitment to deliberative democracy entails, Muslims in the US have no choice but to hitch their wagon tightly to deliberative democracy as a political ideal.”

Lastly, Dr. Basma Abdalgafar approached the notion of citizenship from the perspective of Islamic ethics and morality particularly in the light of the works of Professor Ismail al-Faruqi and Professor Mohammad Abdallah Draz. She described the Islamic principle of tawhid as the summation of Qur’an’s theory of ethics and the heart of the Shari‘a. Besides the simple understanding of tawhid as oneness of God, she drew attention to the complex understanding of the term as the pursuit of translating the oneness of God into a truth that integrated revealed and unrevealed truth. She concluded with Draz’s remarks that knowing these ethics was only the starting point and the use of reason was necessary to actualize them. In doing so, one could be described as an “active citizen”. 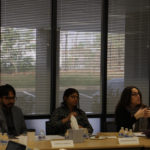 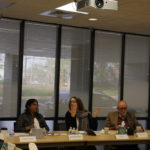 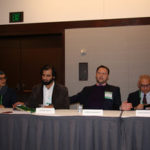 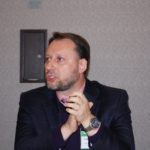 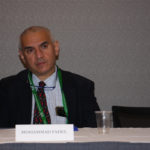 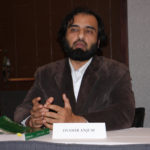 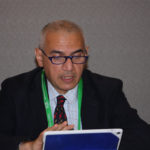 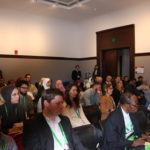 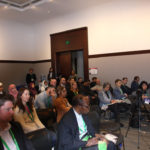 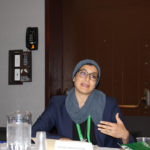