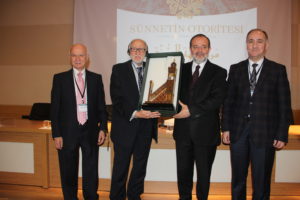 The International Institute for Islamic Thought (UK) and the College of Divinity at Sakarya University, Turkey hosted an international scientific conference titled “The Authority of the Sunnah” on March 16-17, 2019 at Sakarya University in the Republic of Turkey. This conference set a model for cooperation and coordination among academic and research organizations in the service of Islamic thought, since communicating the message and achieving the goal are only possible with this level of integration and cohesiveness among social, academic, and research organizations.

Among the most important goals of this conference were establishing a clear view of the demonstrative power of the Sunnah, its authority, and its place in Contemporary Islamic Thought; establishing a conscious framework for dealing with the Prophetic Sunnah and discovering its relationship to the eternal Qur’anic text; and working to develop research projects and applications capable of integrating the Prophetic Sunnah into the lives of Muslims.

Eleven research papers were presented at the conference by scholars and researchers representing Jordan, Turkey, Tunisia, Qatar, and Morocco. The conference spanned two days with four sessions. The opening session on the first day was followed by an introductory lecture and two scholarly sessions. The second day included two scholarly sessions in addition to the closing session.

The opening ceremony was followed by the conference lecture “The Value of the Global Sunna with Regard to Its Origins and Its Aims” presented by Dr. Mohammed Ghourmaz, former Turkish Minister of Awqaf and Religious Affairs.

The first session -in which three papers were presented- was chaired by Dr. Raed Okasha, IIIT Jordan. The first paper -titled “Development of the Concept of Sunnah and its Relationship to its Demonstrative Power” was presented by Dr. Mohammad Nasiri, Morocco.  The second paper was titled “Toward a Clear Relationship between the Holy Qur’an and the Prophetic Sunnah,” was presented by Dr. Ismail Elhasni, Morocco.  Dr. Nama Al Banna/Qatar presented the third paper, “A Model for Interacting with the Prophetic Sunnah: a Basic Framework.”

The second session – headed by Dr. Abdullah Aydinli, Turkey- included three papers.  Dr. Mustafa Kanj from Turkey presented the first paper “The Role of Decisive Revelation in Establishing the Sunna.” “Authority of the Prophetic Sunnah in Establishing Religious Precepts,” was presented by Dr. Abdel Majid El Najjar from Tunisia and Dr. Abdelfattah El Zoueini from Morocco presented his paper titled “The Historicity of the Sunnah and the Universality of the Message, Between the Legal View and the Rational Perspective.”

On the second day, Dr. Zakaria Koler from Turkey headed the third session. Two papers were presented, the first by Dr. Hafsa Keskin whose paper was titled “The Possibility of Relying on Work to Verify the Sunnah in the Pre-Classical Period” and the second by Dr. Mohamad Anas Sarmini from Turkey who spoke about “The Independent Sunnah in Legislation: Its Demonstrative Power and Directions for Dealing with It.”

The fourth session, which included two papers, was headed by Dr. Beddy Ebnou from Belgium.  Dr. Hasan Khattaf, Turkey presented the first paper titled “The Legislative and Circumstantial Curbing Force of the Sunnah”  while the second paper by Mr. Fares Zaher, Turkey was titled “The Turkish Sunnah: Its Concept, Demonstrative Power, and Influence on Legislation.”

The closing session included Dr. Ahmet Bostanci, Dean of the College of Divinity at Sakarya University, Dr. Hayati Yilmaz, General Coordinator of the conference, and Dr. Raed Okasha, and Dr. Abdel Majid El Najjar, Professor of Islamic Doctrine and Thought at Zaytouna University in Tunisia, and Dr. Beddy Ebnou, Director of the Institute for Epistemological Studies in Belgium. 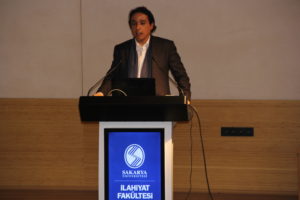 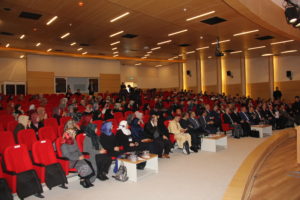 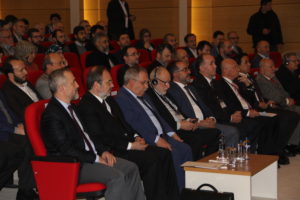 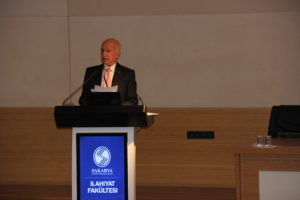 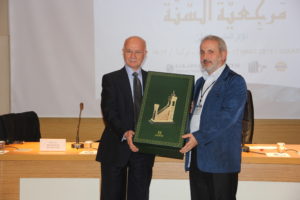 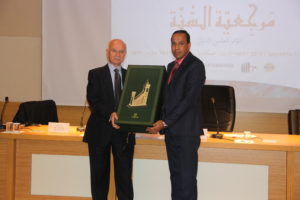 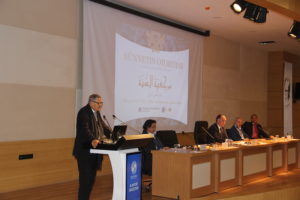 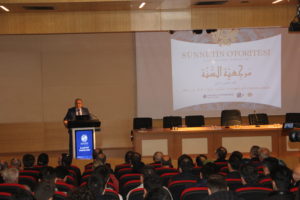 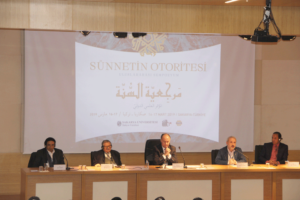