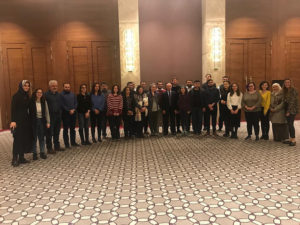 IIIT, in cooperation with the Georgian Education and Charitable Organization, held its first Winter School in the Republic of Georgia, under the title of “Islam and Contemporary Challenges” from 8 – 14 February 2019 at the Hilton hotel in Batumi, Georgia. Over 30 Master and PhD students participated in this event.

The aim of the event was to introduce students of Oriental Studies to firsthand information about Islam and Muslims in the world, as well as the region they live in. Georgian School of Oriental Studies has a long history; it was founded in1954 by the orientalist academician Giorgi Tsereteli (1904-1973) in Tbilisi, the capital of Georgia and now has 7 chairs. In addition, there are some orientalist schools in Batumi and Kutaisi. The prestigious institutes of oriental studies prepared cadres to work in the diplomatic service during the Soviet Union. Now, the focus is on the Arab and Islamic world, especially with the policy of openness and the building of the bridges pursued by Georgia for more than ten years.

Several scholars participated in this intensive program, including Dr. Anas Al Sheikh Ali, Dr. Heba Ezzat, Dr Beddy Ebnu, Dr. Nagihan Haliloglu, Dr. Mykhailo Yakubovich and Dr. Malkhaz Songulashvili. Lectures tackled a variety of topics such as: “Tawhid and its Implications: What Islam Means”, “Post Humanism: The Past and The Future”, “Colonial and Orientalist Tropes in Travel Writing”, “Islamophobia in French Fiction: Michel Houellebecq”, “Theological Issues in Muslim Christian Dialogue and their Possible Resolutions”, “Future of Faith in aGlobalized World”, “Bias, Popular Culture And Killer Narratives: Historical Dimensions”, “Epistemic Outline Of The General Structure Of Islamic Sciences As They Had Been Formed In The Classical Period Since the Tadwîn Age” and “Representing Islam and Muslims in Contemporary Translations of the Qur’an: Fundamentalism or Secularism?” 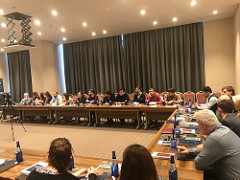 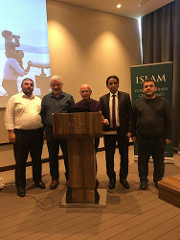 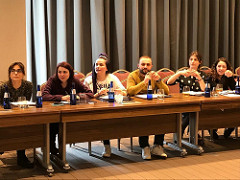 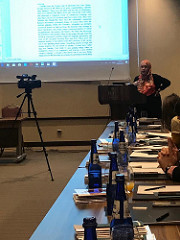 Is IIIT a Research Institute?

A virtual lecture on “Islam in Georgia”