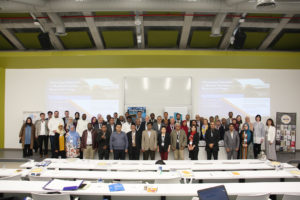 The International Institute of Islamic Thought (IIIT) jointly organized a conference on Advancing Education in Muslim societies (AEMS) with Şehir University Centre for Higher Education Studies and MAHYA Publishing House in Istanbul on April 26-28, 2019. The event hosted more than 80 participants, including scholars from various IIIT offices and affiliates as well as representatives and researchers from countries who participated in the first study of AEMS:  Mapping the Terrain, international presenters and guests, along with students from different Turkish universities.

The opening session on Friday, April 27th, began with the recitation of verses from the Holy Qur’an by Dr. Salisu Shehu, Director of IIIT Nigeria. This was followed by welcoming remarks from Dr. Alim Arli, Director of the Centre for Higher Education Studies at Istanbul Şehir University and co-chair of the conference, who expressed his pleasure in the partnership with IIIT. Then, Prof. Peyami Celikcan, Rector of Istanbul Şehir University, also welcomed the guests and talked about the university and the Erasmus+ program. He encouraged participants to join and collaborate with them for the benefit of students and faculty alike. Next, Mr. Sebahattin İhvan, Chair of MAHYA Publishing House, Istanbul, noted that the problems Muslims face can be resolved by reform and tajdid, but not by “blindly following the heritage of our ancestors or the footsteps of the West.” 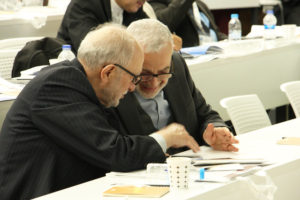 Dr. Hisham Altalib, President of IIIT, expressed his happiness in partnering with Şehir University. He mentioned that “the idea of islah, reform, tajdid, renewal of education has been at the core of IIIT mission from the very beginning. … Its presence was highlighted when Dr. Barzinji initiated a committee devoted to reform of education in Muslim societies in 2011 in Washington and London.” Dr. Altalib added:  “As we move forward, we have decided to focus a bit more and expand from higher education only to also include k-12 education under the leadership of vice president Dr. Ahmed Taha Al-Alwani. We put more effort in the area of empirical research so that our conclusions, recommendations, and interventions are data-driven and evidence-based as well as aligned with context of Muslim societies.”

The first panel, chaired by Dr. Anas Al-Shaikh-Ali, Director of IIIT UK office and Director of the IIIT Publications and Translations Department and co-chair of the conference, highlighted the theoretical and empirical approaches taken in Mapping the Terrain initiative. Dr. Al-Shaikh-Ali shared titles of various books published on the crisis of education but noted that “very little is written on the situation of education in Muslim societies.” He stressed the need for mapping, understanding, and analyzing empirical research to come up with recommendations and polices that are grounded. Finally, he reiterated that “this is the first step in a very promising practical approach to reforming and advancing education in Muslim societies.” 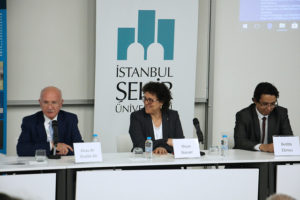 Dr. Ilham Nasser, Director of Pedagogy at IIIT and co-chair of the conference, gave an overview of Advancing Education in Muslim Societies (AMES) and explained how AEMS is “looking to achieve thriving Muslim societies where individuals attain their fullest potential.” She explained “thriving is not just the individual but is also the community, the school systems as well as the policy makers and states… It is a big ambitious goal we have through AEMS.” By using empirical research with local partners in countries that IIIT has affiliates or countries where the studies have been conducted, AEMS of IIIT will come up with “data-driven recommendations, programming, interventions, curriculum where we can assert with confidence our strategies and plans.” Next, Dr. Nasser introduced the initial results of the empirical research in her paper, “Mapping the Terrain: Establishing a Well-being Research Agenda in Muslim Societies.” She explained the process that IIIT took to work on the study that is approved in academia through the IRB (Institutional Review Board). All researchers and coordinators had to go through an online training, which focuses on the conduct and ethics of research. She mentioned the 16 countries that partnered in this study, however only 6 countries had their results analyzed due to the timing of the conference. She also gave an overview of the results and interpretations.

Dr. Beddy Ebnou, Director of the Institute for Epistemological Studies, Brussels, IIIT Europe, and Francophones countries, presented his paper on “The New Structure of Basic Research: Setting Up Work Groups,” where he spoke about the current endeavor to correlate the basic (foundational/theoretical) research conducted by IIIT in the past with the present empirical research initiative. The target, he mentioned, is to combine regional research groups in various countries in America, Europe, and Southern Asia in order to identify key concepts such as: “how to deal with the Qur’an, how to deal with hadith, how to deal with Western legacy, how to deal with Muslim legacy, and how to create a new ethical methodology, along with a universal Qur’anic values methodology, and how to combine new modern/European social science methods in critical approach with traditional or textual sciences method.” 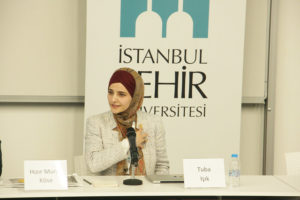 In the second panel titled “Religiosity and Values: Theoretical and Practical Manifestations,” the first speaker, Kasim Kopuz, PhD candidate in Binghamton University, United States, presented a paper on “Values in Transition: An Experience within the Frame of Growing Communal Diversity in a Small City in Upstate New York” where he tried to categorize the experiences of the Binghamton Muslim community “in terms of how the values that are basically informed by Islam as a governing system of values has transformed through communal experiences.” The second speaker was Dr. Tuba Işik, University of Paderborn, Germany, whose paper titled “Cultural and Religious Diversity Requires an Interaction between Values and Virtues in Education: A German Perspective” focused on “the German situation as an example of how we speak about values and virtues” and the need for virtue ethics. One question she asked was “why should values go hand in hand with virtue ethics or virtues?” This panel was chaired by Dr. Hizir Murat Köse, Associate Professor at the School of Islamic Studies at Istanbul Şehir University.

On Saturday, the day began with the keynote speaker, Dr. Malik Badri, Sabahattin Zaim University, Istanbul, whose speech titled “The Psychological Dimensions of Education” emphasized the “need to re-look into our worldview in detail.” He reminded the audience that “we have a great counselor, we have a great educator, we have a good instructor … the Prophet used all the time to use a problem-solving approach to stimulate people into thinking.” 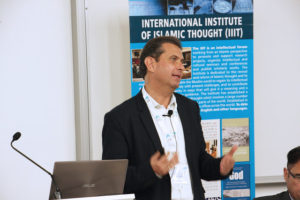 The third panel chaired by Dr. Ilham Nasser and titled, “Promoting Socio-Emotional Well-Being in Education: Lessons from International Settings,” included Dr. Carmel Cefai, University of Malta, with his paper “Social and Emotional Learning: Quality Education for the Twenty-first Century.” He focused on the “need for socio-emotional learning” and emphasized the need for teachers to adapt a contextually-sensitive curriculum or program. Next, Dr. Suhailah Hussien, IIUM, Malaysia, presented her paper “Critical Pedagogy and Identifying Muslim Identity in a Digital Age.” She embarked on this study because she was “very concerned about developing thinking among students to make good decisions.” Following Dr. Hussien, IIIT’s Research Associate, Dr. Maryam Saroughi, presented her dissertation research on “Predictors of Academic Satisfaction and Life Satisfaction: Exploring the Precursors of Well-being in Immigrant Language Minority Students in the United States” and focused on “sense of belonging since it  is one of our variables in conducting AEMS research and we found it so far a significant variable affecting well-being in most of the population that we were interested in and conducted our research.” Finally, Dr. Andreas M. Krafft, University of St. Gallen and University of Zurich, Switzerland, presented his paper “Hope and Well-being in a Multicultural Context.” In his conclusion, he stated that “giving hope to children is not teaching them to control the world but to believe in the good, to fostering self-worth, to being open to new experiences, and to being tolerant and friendly with others.” All presentations were well received and the audience was able to engage with the panelists during the Q&A session.

The last two panels on Saturday, “Mapping the Terrain: Results and Lessons Learned I” chaired by Dr. Leila Almazova from the Federal University of Kazan in Russia and “Mapping the Terrain: Results and Lessons Learned II” chaired by Dr. Mohamed Aslam Mohamed Haneef from IIUM in Malaysia was a first look at the results from the six countries that had the data analyzed prior to the conference: Bangladesh, Bosnia, India, Tanzania, Indonesia, and Tatarstan. The results from participating countries were presented as follows: India – Samra Firsous and Mohammed Ataru Rahma; Bosnia – Mirzeta Brić; Indonesia – Jehanzeb Cheema and Mohamad Siddik; Bangladesh – Rowshan Zannat and Md. Mahfuzar Rahman; Tanzania – Jaha Mulema; and Tatarstan – Leila Almazova. 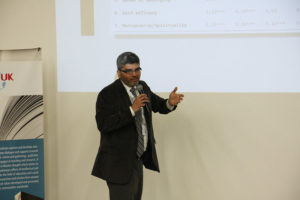 On the last day, Dr. Cheema also delivered “Wave 2 Orientation” in his “Application of Quantitative Methods in Survey Research.” Both presentations focused on the importance and implications of multi-site, large-scale research while also addressing common concerns and challenges researchers experienced during the wave 1 of Mapping the Terrain.

This was followed by 2 roundtable discussions on “Mapping the Terrain (Wave 2): Focus on Values” and Research Tools to Advance Education: Focus on Policy.” The first session focused on the next wave of Mapping the Terrain study and was moderated by Dr. Nasser and Dr. Saroughi. The second session examined “empathy” from a culturally-relevant perspective together with policy implications; it was moderated by Dr. Tavis Jules, Loyola University in Chicago, United States, and Saulat Pervez, IIIT Associate Researcher.

Afterwards, an interactive panel moderated by Kareem Makhlouf, IIIT Director, Organizational Development & Strategic Engagements with Dr. Suhailah Hussien, Dr. Tavis Jules, and Dr. Elmira Muratova – from Taurida National University in Crimea. It focused on research agendas in education and the multiple methods available for social sciences research. The panelists entertained questions such as what is your dream study and what are your most interesting areas of research? 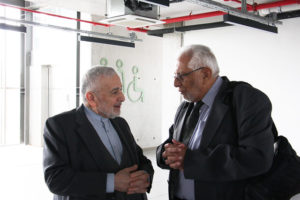 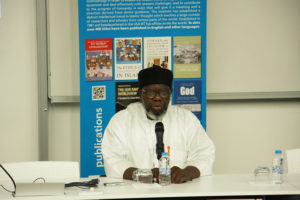 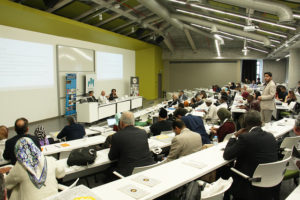 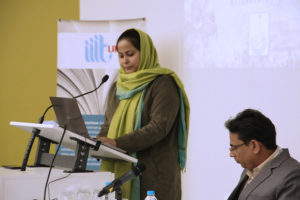