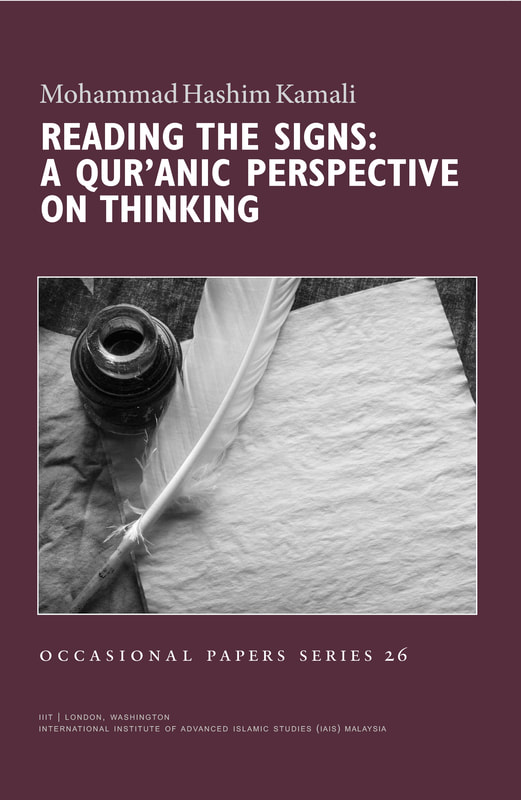 Reading the Signs: A Qur’anic Perspective on Thinking

Advanced in this paper is a Qur’anic perspective on thinking, rationality, and critical reason, which in its critical and goal-oriented dimensions provides a set of guidelines that ensures its purity and purpose from negative reductionist influences. The guidelines so provided are also rich in advancing a spiritual dimension with the understanding that thinking which is not informed by morality and faith can lose its direction and purpose and can even become harmful to human welfare. The paper begins with a discussion of the divine signs, the ayat, and the prominent profile that they take in the Qur’anic conception of thinking. Other topics discussed include an identification of the sources of knowledge in the Qur’an, factors that impede rational thinking, and a historical sketch of the golden age of scientific creativity and its eventual decline. A brief section is also devoted to ijtihad and where it fits into the scheme of our analysis on thinking, followed by a short comparison of Islamic and Western philosophical perceptions of rationality. Professor Dr. Mohammad Hashim Kamali is Founding CEO of the International Institute of Advanced Islamic Studies (IAIS) Malaysia. He was Professor of Islamic Law and Jurisprudence at the International Islamic University Malaysia (1985-2004), and also Dean of the International Institute of Islamic Thought and Civilization (ISTAC) from 2004 to 2006. Professor Kamali serves on the advisory boards of 13 local and international academic journals. He is currently Chairman, CIMB Shariah Committee 2007; Senior Fellow, Institute of Strategic and International Studies (ISIS); Senior Fellow, Aal al-Bayt Royal Institute of Islamic Thought; Chairman, Shariah Board, Stanlib Corporation, South Africa; Senior Fellow, Afghanistan Academy of Sciences; Editor-in-chief, Islam and Civilization Renewal, IAIS Malaysia; and Non-Executive Director, CIMB Islamic Bank Bhd. Professor Kamali has addressed over 120 national and international conferences, and published numerous books and more than 130 academic articles. Amongst his published works are “Freedom of Expression in Islam” (Cambridge, 1997); “Freedom, Equality and Justice in Islam” (Cambridge, 2002); and “A Textbook of Hadith Studies” (Leicester, UK, 2005). He was twice awarded IIUM’s ‘Isma‘il al-Faruqi Award for Academic Excellence’ in 1995 & 1997 and also the King Abdullah I bin Hussein International Award in 2010.​