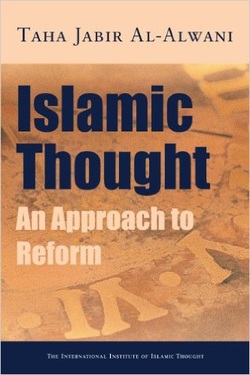 Islamic Thought: An Approach to Reform

For the first time, Muslims are faced with a worldwide positivism which is working to use knowledge, the sciences and their discoveries and achievements in a manner which severs the relationship between the Creator, the created universe and man, thereby disregarding the world of the unseen and driving a wedge between science and values. Lacking even the most modest store of vital Islamic doctrine on the intellectual level, university students and researchers in the Islamic world are confronted with doctrines and philosophies which are presented to them together with a flimsy, miserable defense of Islam. There is not a single academic institution in the Islamic world in which Islamic thought is taught and in which the Islamic vision is given a deep-rooted foundation with the same force and persuasiveness with which Western ideas and the Western vision are taught to students in the West, in a coherent, comprehensive manner accompanied by seriousness and commitment on the part of all. The book argues that this approach is diametrically opposed to the Islamic perspective and that we must disengage human scientific achievement from positivistic philosophical premises and reemploy these sciences within a systematic epistemological framework based on divine revelation, conferring honor upon all forms of knowledge, as having been bestowed upon man by their Creator.