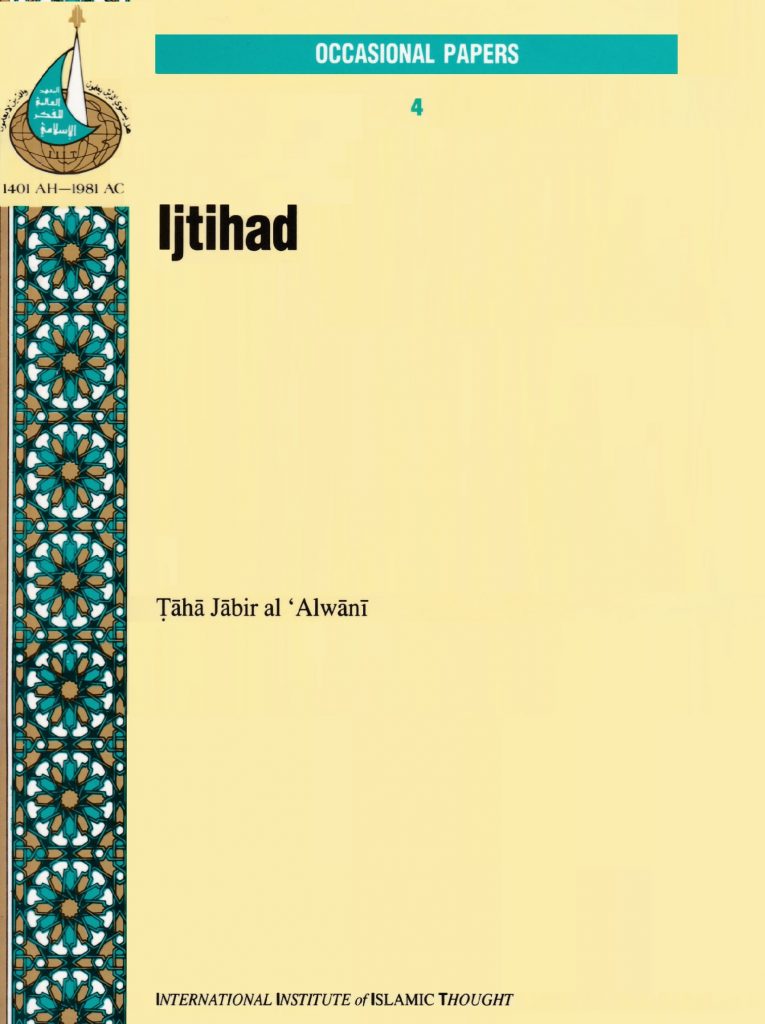 Considering that the accepted juridical sources of Islam are valid for all times and places, ijtihad may be described as a creative but disciplined intellectual effort to derive legal rulings from those sources while taking into consideration the variables imposed by the fluctuating circumstances of Muslim society. Consigning ijtihad to be annals of history is a denial of the rationalistic, egalitarian, and humane aspects of a realistic and durable Faith. The act would be a repudiation of the requisites of changing times and of the clamoring need to rid the Ummah of its present baggage of malaise and enable it to forge ahead, inspiring other nations and communities. It can be proved historically that the Ummah only entered its current crisis after ijtihad fell into disuse and was gradually replaced by taqlid. It is only through ijtihad that Muslims will be able to construct a new specific methodological infrastructure capable of addressing the crisis of Islamic thought and so, propose alternatives for the many problems of the contemporary world. The courage that needs to accompany such a mission is tremendous, the methodology massive an meticulous. With this work, Dr. Al-Alwani has contributed to the debate on this vital issue. The very way he tackled it sometimes with boldness, sometimes with cautionshows that the debate is not an openand shut issue, and that it needs to be widen quickly in view of the urgency of the situation.