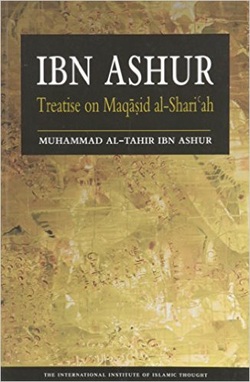 ​Shaikh Muhammad al-Tahir ibn Ashur is the most renowned Zaytuna Imam and one of the great Islamic scholars of the 20th century. The publication of this translation of Shaikh Ibn Ashur’s Treatise on Maqasid al-Shari’ah is a breakthrough in studies on Islamic law in the English language.In this book, Ibn Ashur proposed the renewal of the theory of Islamic law, which has not undergone any serious development since the era of the great imams. Ibn Ashur – quite courageously – also addressed the sensitive topic of the intents/ behind his actions and decisions. He introduced criteria to differentiate between the Prophetic traditions that were meant to be part of Islamic law and the Prophetic actions/ sayings that were meant to be for the sake of specific purposes such as political leadership, court judgment, friendly advice, and conflict resolution. But Ibn Ashur’s most significant contribution in this book has been the development of new were never formulated in traditional theory of the ‘preservation of lineage’ into ‘the preservation of the family system’, the ‘protection of true belief’ into ‘freedom of beliefs’, etc. He also introduced the concepts of ‘orderliness’, ‘natural disposition’, ‘freedom’, ‘rights’, ‘civility’, and ‘equality’ as Maqasid development opens great opportunities for Islamic law to address current and real challenges for Muslim societies and Muslim minorities.