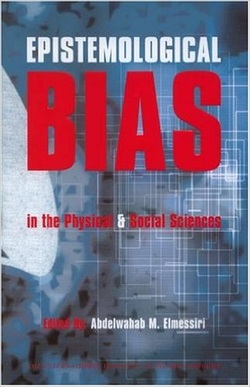 The question of bias in methodology and terminology is a problem that faces researchers east, west, north and south; however, it faces Third World intellectuals with special keenness. For although they write in a cultural environment that has its own specific conceptual and cultural paradigms, they nevertheless encounter a foreign paradigm which attempts to impose itself upon their society and upon their very imagination and thoughts. When the term “developmental psychology” for instance is used in the West Arab scholars also say “developmental psychology”, when “applied psychology” is mentioned they hurry to use the same term etc. Why not establish a new science with its own mechanisms, methodologies and points of reference to deal with epistemological biases and open up the gate of ijtihad with respect to them? This collection of papers aims to discover some of the biases latent in our terminology, methodologies, research tools, and conceptual principles, and to propose alternative ones marked by a greater degree of independence and neutrality. This is not to belittle the human value of the West’s creative contributions but to emphasize the danger of making it the ultimate point of reference and then trying to continuously play “catch up” with it.