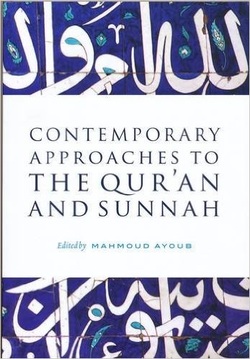 Contemporary Approaches to The Qur’an and Sunnah

THE QUR'AN AND SUNNAH are the two primary sources of Muslim faith, life, law and morality. The Qur'an is for Muslims the foundation of their faith and the Sunnah is the framework of their morality. Together they constitute the two sources of the law (Shari'ah) of God, a guide to prosperity and happiness in this life and to the bliss of the hereafter. Although the Qur'an and Sunnah are materially and formally two independent sources, they are inextricably bound in a dynamic relationship. The rulings and precepts (ahkam) of the Qur'an constitute the law (shar') of God. They are supplemented by the precepts of the authentic Sunnah, which possess authority second only to the precepts of the Qur'an. The Qur'an commands Muslims, "Whatever the Messenger gives you, that you must take, and whatever he forbids you, you must desist therefrom ... " (59:7). In answer to this need, IIIT convened an annual Summer School for scholars to study the Qur'an and Sunnah. The eleven papers included in this volume constitute the proceedings of the first Summer Institute, 2008. The essays making up the collection are focused discussions, and comprised of diverse writings on significant subjects relating to the Qur'an and the Sunnah, of common and intellectual interest as well as relevancy. ​