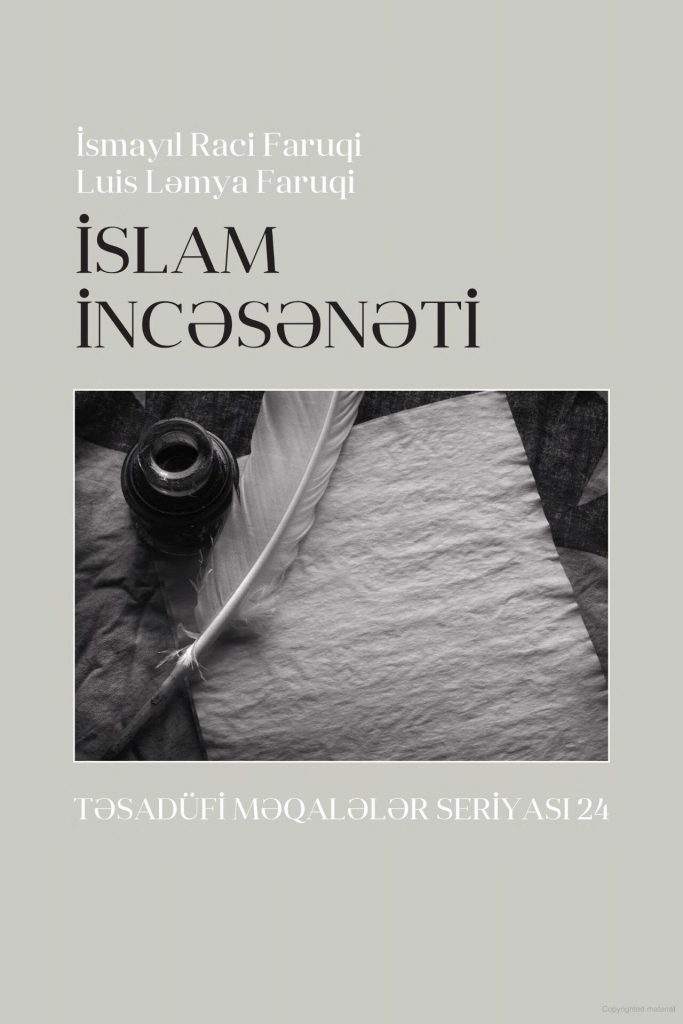 In dealing with any aspect of Islamic civilization, its final raison d'etre and creative base must be seen as resting on the Qur'ān. Islamic culture is, in fact, a "Qur'ānic culture"; for its definitions, its structures, its goals, and its methods for execution of those goals are all derived from that series of revelations from God to the Prophet Muhammad. Without that revelation, the culture could not have been generated; without that revelation, there could have been neither an Islamic religion, an Islamic state, an Islamic philosophy, an Islamic law, an Islamic society, nor an Islamic political or economic organization. Just as surely as these aspects of Islamic culture may be rightly seen as Qur'ānic in basis and motivation, in implementation and goal, the arts of Islamic civilization should also be viewed as aesthetic expressions of similar derivation and realization. Yes, the Islamic arts are indeed Qur'ānic arts. How then are the Islamic arts to be seen as "Qur'ānic" expressions in color, in line, in movement, in shape, and in sound? This is the subject of this work. Dr. Ismail al-Faruqi (1339-1406/1921-1986) is widely recognized as an authority on Islam and comparative religion. He was a Professor of Religion at Temple University, where he founded and chaired the Islamic Studies program. Having studied or taught in the Middle East and Africa, as well as in Canada and the United States, Professor al-Faruqi possessed the wide background of training and experience required for a thorough mastery of his field. His writings include numerous articles and books in both Arabic and English. Lois Lamya al-Faruqi She was born in Montana. She earned her B.A. in music from the University of Montana (1948) studying piano. She then entered Indiana University, where she was awarded an M.A. in music (1949). During this period, she met and married Ismail Raji al-Faruqi. She became an expert on the music of the Arab world and obtained her Ph.D. from Syracuse University on that subject. She and her husband both became professors at Temple University.