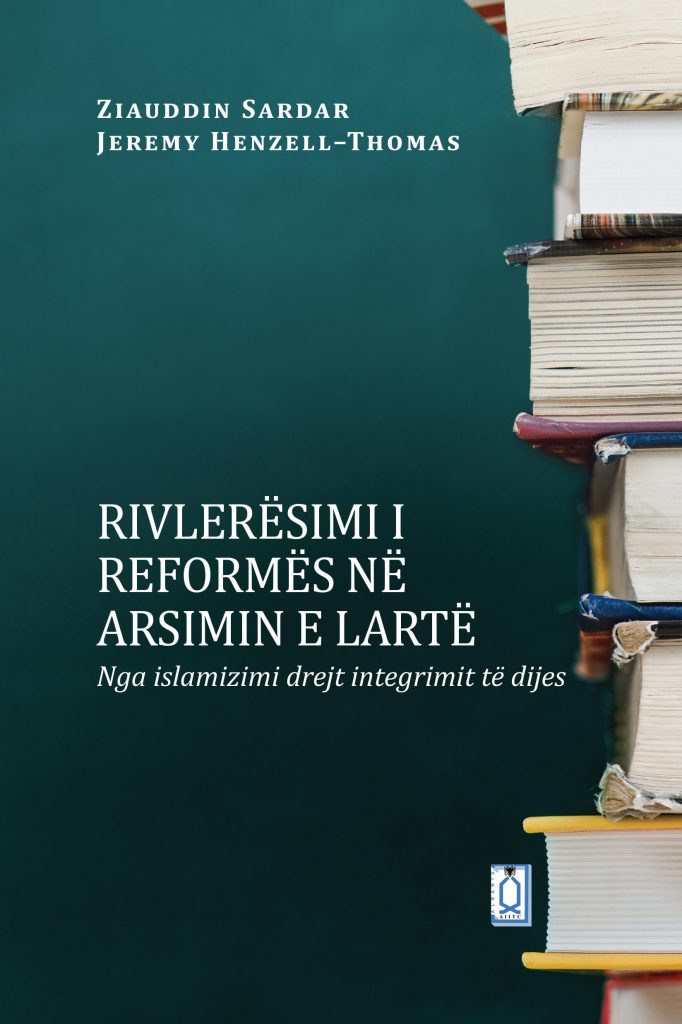 Albanian – Rethinking Reform in Higher Education: From Islamization to Integration of Knowledge

The Reform in Higher Education in Muslim Societies is in sum a paradigm shift in perspective driven by important considerations including the aims of education itself. It may require reforming existing disciplines, inventing new ones, as well as working in conjunction with current knowledge(s) and discourses by taking effective account of the ethical, spiritual norms of Muslim society, the guiding principles that it operates under, which in turn mark the underlying basis of its makeup and spiritual identity. Rather than creating divisions, reform of Higher Education in Muslim Societies recognizes the plurality and diversity of the modern networked world and seeks to replace sterile and uniform approaches to knowledge with a broader and more creative understanding of reality as lived on different soils and different cultures. Moderation, balance and effective communication are paramount features of the underlying philosophy. Ziauddin Sardar, writer, broadcaster, futurist and cultural critic, is an internationally renowned scholar and public intellectual. Formerly, Professor of Law and Society at Middlesex University, he is author of over 50 books, including Reading the Qur’an; and Mecca: The Sacred City, and two volumes of the highly acclaimed autobiography: Desperately Seeking Paradise and Balti Britain: A Provocative Journey Through Asian Britain. Two collections of his writings are available as Islam, Postmodernism and Other Futures: A Ziauddin Sardar Reader and How Do You Know? Reading Ziauddin Sardar on Islam, Science and Cultural Relations. Professor Sardar has worked as a science journalist for Nature and New Scientist, as reporter for London Weekend Television and Channel 4 and has made numerous television and radio programmes, including Battle for Islam, a documentary for the BBC. A former columnist on the New Statesman, and long-standing Editor of the monthly journal Futures. Currently, he is Editor of the quarterly magazine Critical Muslim, and Director of the Centre for Postnormal Policy and Futures Studies. Jeremy Henzell-Thomas is a Research Associate (and former Visiting Fellow) at the Centre of Islamic Studies at the University of Cambridge. A Fellow of the Royal Society of Arts, and a member of the executive committee of the Association of Muslim Social Scientists (AMSS UK), he was the first Chair of the Forum Against Islamophobia and Racism (FAIR),and is the Founder and former Executive Director of the Book Foundation, a registered UK charity which works with partner institutions in the UK and the USA to improve understanding of Islam in the West. Currently an Associate Editor of Critical Muslim, he has also written regular columns over the years for Islamica and Emel magazines, and the Credo column in The Times. A former lecturer in Applied Linguistics at the University of Edinburgh, he endeavours to apply his academic specialisms of philology and psycholinguistics to contemporary issues affecting public perception of Islam and Muslims, and to the advancement of critically aware dialogue and polylogue in a range of socio-cultural and educational contexts. Keywords: rethinking reform, islamization, integration of knowledge higher education, reform, paradigm, muslim societies, plurality, cultures, philosophy, knowledge, values, reform, crisis, deconstructed, universities