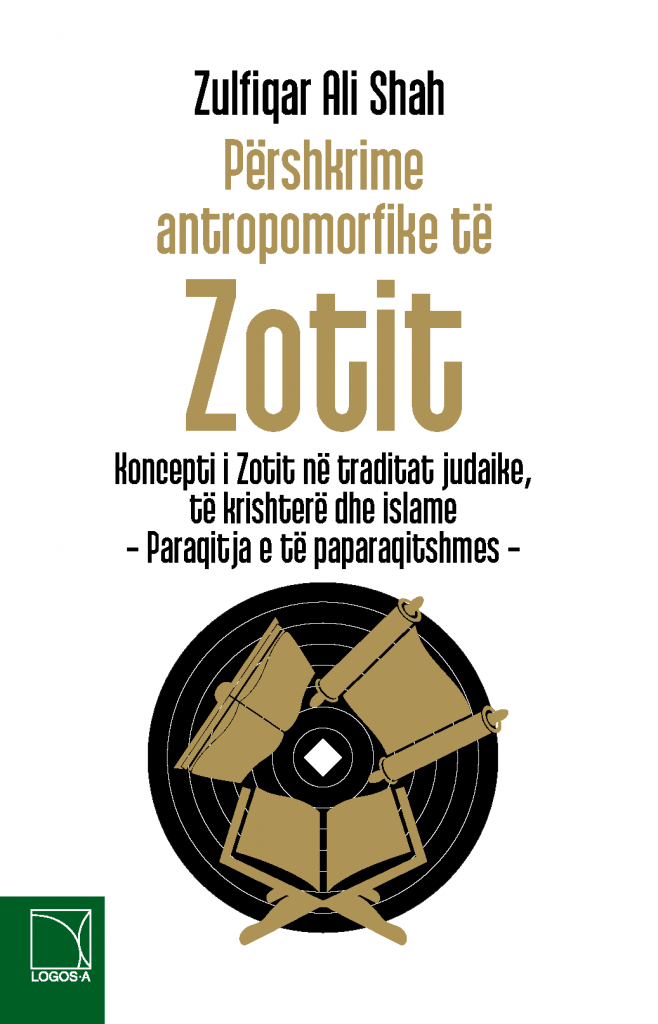 Albanian – Books-In-Brief: Anthropomorphic Depictions of God – The Concept of God in Judaic, Christian, and Islamic Traditions: Representing the Unrepresentable

This monumental study examines issues of anthropomorphism in the three Abrahamic Faiths, as viewed through the texts of the Hebrew Bible, the New Testament, and the Qur’an. Throughout history Christianity and Judaism have tried to make sense of God. While juxtaposing the Islamic position against this, the author addresses the Judeo-Christian worldview and how each has chosen to framework its encounter with God, to what extent this has been the result of actual scripture and to what extent the product of theological debate, or church decrees of later centuries and absorption of Hellenistic philosophy. Shah also examines Islam’s heavily anti-anthropomorphic stance and Islamic theological discourse on Tawhid as well as the Ninety-Nine Names of God and what these have meant in relation to Muslim understanding of God and His attributes. Describing how these became the touchstone of Muslim discourse with Judaism and Christianity he critiques theological statements and perspectives that came to dilute if not counter strict monotheism. As secularism debates whether God is dead, the issue of anthropomorphism has become of immense importance. The quest for God, especially in this day and age, is partly one of intellectual longing. To Shah, anthropomorphic concepts and corporeal depictions of the Divine are perhaps among the leading factors of modern atheism. As such he ultimately draws the conclusion that the postmodern longing for God will not be quenched by pre-modern anthropomorphic and corporeal concepts of the Divine which have simply brought God down to this cosmos, with a precise historical function and a specified location, reducing the intellectual and spiritual force of what God is and represents, causing the soul to detract from a sense of the sacred and thereby belief in Him. Zulfiqar Ali Shah holds a Ph.D. in Theology and Religious Studies from the University of Wales, UK and an M.A. (Hons) in Islamic Studies with specialization in Comparative Religions from the International Islamic University, Islamabad, Pakistan. He has taught at both the latter university as well as the University of Wales and the University of North Florida and is proficient in five languages including English, Arabic, and Urdu. Dr. Shah has been actively involved in interfaith and intra-faith dialogue for over 25 years and has served multiple Muslim communities in North America as their religious director and a number of Muslim organizations such as ICNA as their national president. Currently Secretary General of the Fiqh Council of North America and Religious Director of the Islamic Society of Milwaukee, Wisconsin, Dr. Shah is a renowned speaker invited internationally to speak on comparative religion, theology, Islam, the Qur’an, Hadith, comparative Fiqh (Law), mysticism, Islamic civilization, the Abrahamic religions and contemporary issues. He is the author of a number of scholarly articles and books including Astronomical Calculations and Ramadan: A Fiqhi Discourse. Keywords: depictions of god, anthropomorphic, quran, bible, new testament, judeo-christian worldview, god, ‎judaic, christian, islamic, traditions, god in judaic, god in christian, islamic traditions ‎