A virtual lecture on “Islam in Georgia” 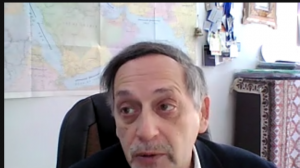 The International Institute of Islamic Thought and the Institute оf Knowledge Integration continue the series of lectures for the CIS countries. On April 23, George Sanikidze presented his topic «Islam as a religion of minority — the case of Georgia».

In his lecture, Professor Sanikidze provided a detailed overview of the history of Islam in Georgia, perception of Islam and Muslims by Georgian society, influence of Islam on the national identity of three Muslim groups in Georgia, namely Adjarians (indigenous Georgians), Azerbaijanis, and Kists (descendants of Chechens and Ingush who immigrated to Georgia in the 19th century). Professor Sanikidze also spoke on the peculiarities of the religious rituals of Muslim groups in Georgia, their relationships among themselves and with other religious groups, mainly Orthodox Christians, the degree of their integration into Georgian society, and their international contacts. The lecturer separately outlined the main problems concerning Muslim minorities in Georgia, the country with predominantly Orthodox Christian population.

The final part of the presentation was followed by a discussion of questions related to the topic. The audience was particularly interested in the historical traditions of Islamic education in Georgia, activities of Islamic organizations in Georgia, authorities’ perception of Islamic minorities at the current stage, and interfaith relations in the country. Other questions were regarding mosques in Georgia, their numbers, state regulation of its building, etc.

Recording of the lecture «Islam as a religion of minority — the case of Georgia» will soon be available on YouTube channel of the Institute of Knowledge Integration.

The next lecture is scheduled for May 5 and will be given by Professor Alexander Knysh and focused on the topic «How did the scholars of Oriental Studies studied (and continue studying) Islam». 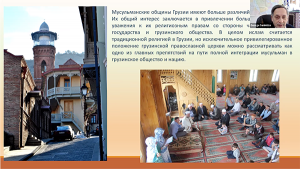 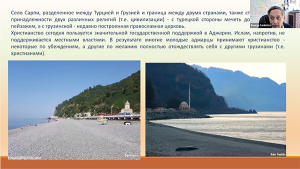