Variant Readings Of The Quran: A Critical Study of Their Historical ​and Linguistic Origins​ - IIIT
Subscribe
Donate
Sample Publications 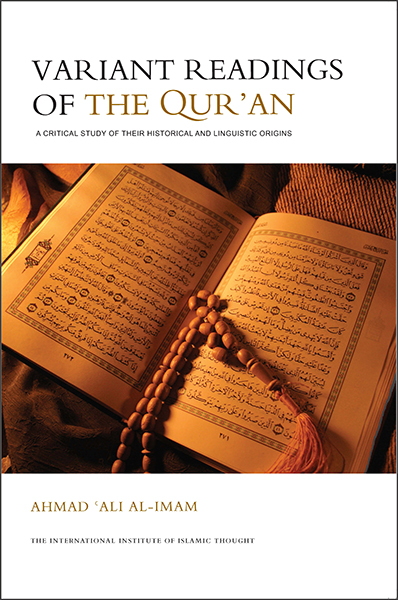 Variant Readings Of The Quran: A Critical Study of Their Historical ​and Linguistic Origins​

This fascinating and important book attempts to investigate the nature of the seven Ahruf in which the Qur’an has been revealed and the reason for the variations in readings among the Qurraa of the Quran. It studies, examines, and discusses: the revelation of the Qur’an in the seven ahruf concluding that they represent seven linguistical ways of recitation; the compilation of the Quran during the lifetime of the Prophet and the preservation of the Quran in the memories of the Companions as well as in written form, the compilation during the time of Abu Bakr, and the further compilation during the time of Uthman; the problem of naskh to demonstrate the completeness and trustworthiness of the Quran and that no verses are missing or were read and abrogated by naskh al-tilawah either with or without hukm; the Uthmanic masahif and their relation to the seven ahruf; the language of the Quran and whether it includes one, several, or all the dialects of the Arabs; the origin of the qiraat and conditions governing accepted readings; and ikhtiyar (i.e., the selection of one reading rather than another) and the rules governing the Qurraa’ who selected a reading.