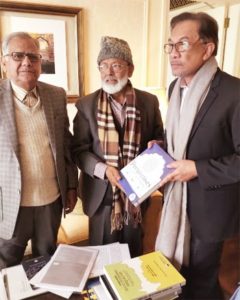 The rise of Anwar Ibrahim, leader of Malaysia’s ruling PKR (Parti Keadilan Rakyat) after years of imprisonment brings to mind the mythical Sphynx, the bird that was burnt to ashes and later it rose from the ashes. Today, Ibrahim has nearly two decades of imprisonment behind him on charges most people believe to be politically motivated. Scheduled to take over as Malaysia’s PM by May 2020, Ibrahim has emerged as an influential voice the world over.

Ibrahim has grown incredibly over the last three decades as a significant world statesman often seen walking in the footsteps of Nehru and Mandela, leaders whose words are taken seriously worldwide. When he was in Delhi for the fourth Raisina Dialogue for four days earlier this month, I had a few moments with him, renewing our relationship of decades.

The way he carried himself and the dignity and reassurance reflected in his speech and manner (as well as the profound content of the speech) showed that he had grown in stature and maturity during his long imprisonment like his heroes, Nehru and Mandela. His valedictory address was heard with rapt attention at Raisina Dialogue by some of the country’s most influential persons.

Everything he has been saying is not necessarily in sync with India’s policy preferences, yet he is heard with utmost respect. For instance, his view that India should use its traditional moral influence to resolve the Rohingya humanitarian disaster without fear of its stance being exploited for the Kashmir issue. This is the man who, exactly three decades ago, presaged the rise of Asia in his widely-read The Asian Renaissance. Today, the rise of Asia is a much more brightly visible reality. He has often been talking of “Indonesia, China and India” as the most visible landmarks in Asia’s rise.

In his worldview, Rabindranath Tagore, Allama Mohammad Iqbal and a number of Asian Christian and Buddhist thinkers come to create the warp and woof of the great civilizations of Asia, which he cherishes as a common heritage. During his visit he remembered an argument with Prime Minister Indira Gandhi when he was a 20-year old student visiting India with a students’ delegation. Indira Gandhi heard him and treated him “like a son”, advising him to work for change.

He began his valedictory address at the Raisina Dialogue with humility. That, despite his half a century of deep involvement with Indian democracy, society and culture, India sometimes looked like an “enigma” and a “land of contradictions” to him. He went on to explain why it looked so: “India, despite any recent image of veering towards religious hardliners, remains a vibrant democracy, an example for many other developing countries and one of the most important nations in Asia.”

That this statesman is deeply influenced by the vision of an earlier, globally respected statesman, Pandit Jawaharlal Nehru, was clear in his remark: “Nehru was right to bring up Asian concerns and ask for solidarity among developing countries to stand against the arrogance of superpowers.”

India has been an “enigma” to many foreigners trying to study it. But what does India’s “recent image of veering towards religious hardliners” signify? It is not very difficult to guess that it means communal polarization, mass violence and massacres (like Gujarat 2002 and Muzaffarnagar 2013) to garner majority vote. An extension of this phenomenon is the long series of lynchings on which the Modi government reacted too late and without result. The lynch mobs were encouraged. A 21st century democracy that certainly India is, cannot be comfortable with mob violence and still think its image as a democracy would not be dented.

India and Malaysia are two countries and, in spite of their being heir to a great Asian civilization heritage, they are two nations and their perspectives and national interests may not be always identical. Yet, it is always rewarding to listen to this great reconciler of “contradictions” who envisages a single Asia, like a single Europe. Thanks, Datuk Seri Anwar Ibrahim. Hoping to listen to you more often in future. And thanks to Raisina Dialogue organizers for such precious enlightenment. 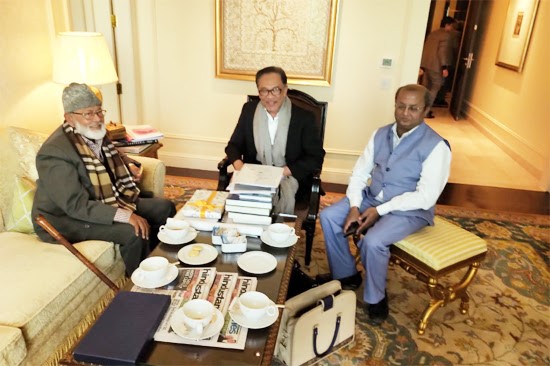 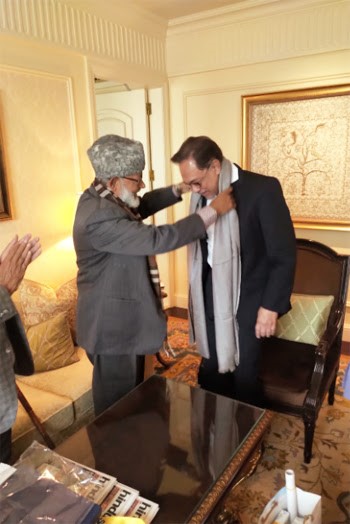