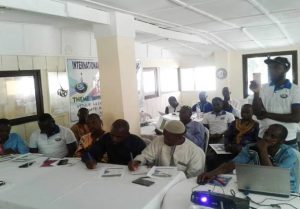 The West Africa Regional Office of the International Institute of Islamic Thought (IIIT) organized a two-day workshop on Integration of Knowledge from November 9-10, 2019. The workshop themed “Epistemological Integration: Prospects and Challenges” was held at La Lagune Hotel, Paynesville City of Monrovia, Liberia. The workshop was attended by about 40 participants who were drawn from academic institutions and student associations within Liberia and neighboring countries such as Guinea and Sierra Leone.

During the opening session, the gathering was begun by the recitation of some verses from the Noble Qur’an which by Kafumba M. Komale from Ma’had al-Ilmwa al-Buhuth al-Islamiyyah, Guinea. In his welcome address, the Dean of the College of Social Sciences and Humanities, University of Liberia, Professor Sekou W. Konneh remarked that Liberian Muslims have a big challenge of having to cast another look at their educational context. He stressed that they need to diagnose the problems and urged the participants to ponder over the obstacles that retard the educational, social and economic success of Muslims in Liberia. He noted that unity among entire Muslims and more particularly in Liberia is paramount and fundamental. Nonetheless, Professor Konneh encouraged the participants and Liberian Muslims at large to work hard towards maximizing the educational benefits vis-à-vis the challenges and realities of the Republic of Liberia. He finally enjoined the participants to open their hearts and reap the yield of IIIT activities in other countries. 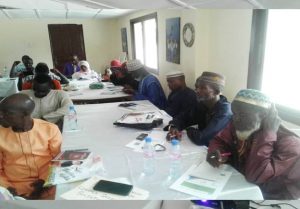 In his brief remarks, the Chief Imam of Liberia, Shaykh Ali Krayee emphasized the purpose of human beings’ creation and their life on earth, which is to worship Allah. He cautioned that in the process of acquiring knowledge, human beings should not allow secularism to hinder their spiritual development and take them away from their Lord. He expressed joy and happiness over the IIIT’s effort of Integration of Knowledge and said that Liberian Muslims are ready to wholeheartedly embrace the project.

The Grand Mufti of Liberia and Imam of Gurley Street in Monrovia, Shaykh Abubakar Sumaworo, expressed his readiness to accept IIIT’s project in Liberia. Speaking further, the Grand Mufti delineated the significance of knowledge which Islam upholds and makes an essential and inevitable component of human life. He called on Liberian Muslims to work assiduously towards establishing an Arabic College at the University of Liberia to cater for the need of Liberian Muslims who are thirsty for Arabic and Islamic sciences. Lamenting that Muslim teachers constitute less than 2 % of the entire Liberian teaching workforce, the Mufti requested the IIIT to establish an institute for training of Muslim teachers in Liberia.

The first presentation titled “General Overview on Integration of Knowledge” was made by Dr. Sa’idu Ahmad Dukawa. As a background, the presenter narrated that at the time the West was wallowing in darkness and persecuting philosophers and men of letters, Muslim intellectuals were busy translating the rich Greek works and, in the process, adding and introducing new dimensions as well as deconstructing and critiquing ungodly worldviews. This was how the Muslim philosophers helped preserve and promote the intellectual treasures bequeathed to humanity, including the numerous additions and inventions the Muslims made in different disciplines, without which the West would have still remained in its darkness.

The speaker further highlighted the contributions of Muslims to human civilization, which spanned for some centuries. He observed that it was only after the Renaissance that the West woke up and started transferring the knowledge bequeathed by the Muslims and in the process reinvented it to suit their worldview and existing realities, just as they removed the spiritual and divine component. At this juncture, Dr. Dukawa hinted that the effort to reconnect knowledge with the component which the West thoughtlessly disconnected and inserted secular worldview is called Integration of Knowledge. 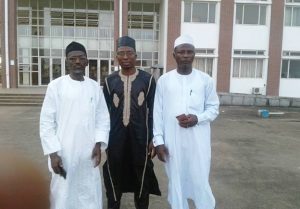 Dr. Muhammad Bello Ibrahim made the second presentation on the topic “Islamic Epistemology and Western Epistemology”.He basically touched on how Islam as a set of beliefs and rituals, and as a broader framework of life, conceives epistemology. The speaker explicated that Islamic epistemology is laden with prospects of solving and addressing contemporary global predicaments. In the light of Islam, Dr. Bello illuminated that the notion of epistemology was excellently dealt with by some renown Muslim scholars and philosophers such as al-Ghazali, al-Razi, Ibn Rushd, Ibn Taimiyyah, Ibn Qayyim, etc.

On the second day, Dr. Sa’idu Ahmad Dukawa, Dr. Muhammad Bello and Ismail Hashim Abubakar presented their papers. Dr. Dukawa’s presentation was titled “Issues in Contemporary Islamic Thought”. He traced the essential features of western epistemology that distinguish it from the unique Islamic worldview and the factors that accounted for the latter to catapult Islamic civilization to an apex level. He further dwelled on the gradual decline which visited Islamic civilization and how this led to eventual distortion of Islamic worldview. Dr. Dukawa pointed out that the two dominant worldviews – capitalism and communism – have failed to address the problems the contemporary world is riddled with; hence this calls for the inevitability of applying the Islamic solutions.

Meanwhile, to address the crises of thought that has become the order of the day, the speaker argued that contemporary Islamic thought itself needs to be reconsidered and reshuffled. This way, he outlined and delineated the steps which al-Faruqi proposed as essential and key approaches through which thought can be reformed in Islamic perspectives and through which the project of knowledge integration can be accomplished.

The second presentation titled “Towards an Islamic Conception of History: A Model for Integration” was delivered by Ismail Hashim Abubakar. The speaker started laying the background where he highlighted and threw on Islamic source of knowledge vis-à-vis the western conception of knowledge. He noted that the latter, having deprived itself of acknowledging revelation as supreme source of deriving knowledge, has generally ended up doing a lot of intellectual harm to education. Using a sample of history course content taught at a Nigerian university, Ismail demonstrated shallowness of the scope of history as conceived in the western sense, including the enormous gaps the disciplines leave. Systematically, the presentation showed how Islamic conception of history sophisticatedly bridged those gaps by presenting history in three phases namely, pre-terrestrial life, terrestrial life and post-terrestrial life. Pre-terrestrial life according to the presentation refers to the existence of being before the earthly life. This includes the creation of earth and other celestial bodies up to the time Prophet Adam was created and domiciled on the earth. Terrestrial life refers to all that exists within the earth including ancient history and the end of life before the earth is finally folded. Post terrestrial life entails the state of being humanity will find itself after life on earth which begins with the transitional stage of the Barzakh life up to the time people will be resurrected on the Day of Judgment. This phase of history includes how life will be in the two homes which will ultimately be the permanent abodes of humanity, according to their class of faith and earthly deeds. Finally, the speaker argued that humanity does not possess any means to arrive at such informative facts without the aid of revelation. 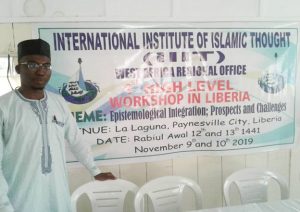 In the fourth presentation titled “Dealing with the Qur’an and Sunnah – The Dynamics of Leadership in Islam”, Dr. Dukawa focused on Islamic injunctions on the general concept of leadership. He outlined the qualities, responsibilities, duties and other components of leadership in the light of Islamic provisions. The presenter pointed out the challenges which a leadership is expected to confront and accordingly deal with. Finally, he reiterated that (political) power belongs to Allah Almighty and that it is He who bestows power to men to lead their fellow human beings on earth. Thus, it becomes incumbent upon all Muslims to always obey Allah’s laws ahead of all other laws.

The workshop, which was said to be the first of its kind in Liberia, was brought to a close with distribution of certificates to both the facilitators and participants. Then, Dr. Abraham Fofana, IIIT’s contact person in Liberian, thanked the attendees and expressed deep appreciation and profound gratitude to the West Africa Office of the IIIT headed by Dr. Bashir S. Galadanci for organizing the workshop. He further thanked the facilitators of the workshop for enriching Liberian Muslims with important insights on epistemological integration of knowledge, which to many Liberians, was a purely new phenomenon. Dr. Fofana thanked the participants for coming from far and beyond, including those who came from neighboring countries such as Guinea and Sierra Leone. He also acknowledged the Liberian organizing team for their effort towards making the workshop a great success. He wished everyone a successful and safe return to their various destinations. 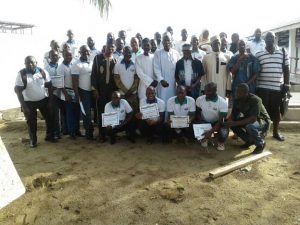 To get input about the workshop, the participants were requested to write their expectations at the beginning of the workshop and to fill in evaluation forms at the end of the sessions. This was in addition to two special brainstorming sessions which were dedicated to hear the views and experiences of the participants in relation to the problems which the workshop was aimed at addressing. The general expectations revolved around improving their awareness on Islamic thought, epistemology, integration, knowledge transmission, Islamic unity, Islamic work, educational challenges in the Muslim world, IIIT activities, and promotion of Islamic schools in Liberia. They also recommended establishing a IIIT Office in Liberia and organizing similar workshops there, in addition to increase the duration of the workshop; award IIIT scholarships; provide more IIIT books; IIIT to establish an institute for training of Muslim teachers in Liberia; and creation of platform to continue sharing knowledge.