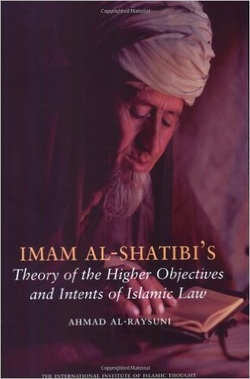 With the end of the early Islamic period, Muslim scholars came to sense that a rift had begun to emerge between the teachings and principles of Islam and Muslims’ daily reality and practices. The most important means by which scholars sought to restore the intimate contact between Muslims and the Qur’an was to study the objectives of Islam, the causes behind Islamic legal rulings and the intentions and goals underlying the Shari'ah, or IslamicLaw. They made it clear that every legal ruling in Islam has a function which it performs, anaim which it realizes, a cause, be it explicit or implicit, and an intention which it seeks to fulfill, and all of this in order to realize benefit to human beings or to ward off harm or corruption. They showed how these intentions, and higher objectives might at times be contained explicitly in the texts of the Qur’an and the Sunnah, while at other times, scholars might bring them to light by means of independent reasoning based on their understanding of the Qur’an and the Sunnah within a framework of time and space.